Four people have been injured after a bus carrying tourists and a car collided and caught fire, near Te Anau in Southland this afternoon. 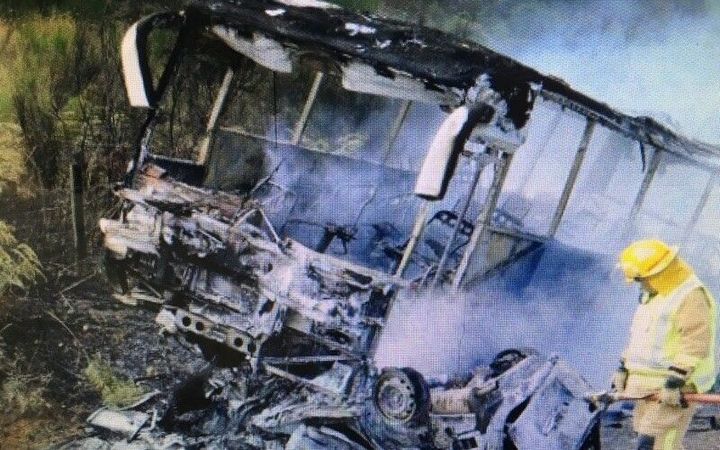 A photo from a driver who was at the scene near Te Anau. Photo: Supplied

State Highway 94 was still partially blocked by the crash at Te Anau Downs, which was reported shortly before 3pm.

SH94 is the road from the Southland town to Milford Sound.

Police said they had not been able to search the car due to the extent of the fire damage, and were unsure whether everyone had been able to escape safely.

They said all of the tourists got out of the bus, and four were taken to Southland Hospital with moderate injuries.

Both vehicles were well ablaze when emergency services got to the scene.

It is the second recent collision between a bus and a car in the South Island.

One month ago, two people were critically injured and five others seriously hurt when a bus carrying cruise ship passengers crashed down a bank on SH75 in Canterbury.