The head girl of a Kaikohe college says a local approach is needed to tackle destructive youth behaviour in her home town. 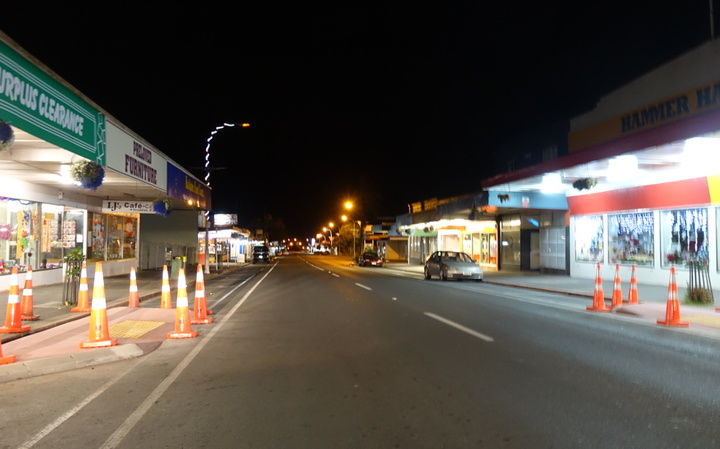 On Friday night, half a dozen children walked into a liquor store and stole boxes of beer. Later, a group of youngsters were captured on CCTV, hurling rocks and trying to kick in the glass doors of the Mobil service station.

Northland College head girl Aroha Lawrence said she knew some of the young people involved at the weekend.

Some came from good homes while others came from broken homes, but they were united in that they had all grown up in Kaikohe and had to deal with any stigma that came with that.

"When you're from Kaikohe people don't expect much of you, so you don't have really big expectations for yourself," Miss Lawrence said.

"People just think you're another Māori statistic that's just going to go on the dole."

It did not help that there was not much to do in the town, she said.

"A lot of the kids here, they just go hang out at The Mill, which is our local gym. Or just do what those young boys were doing - going around vandalising properties and robbing shops and robbing homes. Because, I don't know, I guess they think that's fun because there's nothing really else to do in Kaikohe."

Something needed to change but a locally-led approach was best, she said.

However, the same things happened in other towns and cities too and it was important to remember there were a lot of good young people in Kaikohe too, Miss Lawrence said.

Grandmother names grandson as one of the robbers

Meanwhile, a Kaikohe grandmother has named her own grandson as one of the youths seen trying to break into the local service station.

On a closed Kaikohe community Facebook page, the woman said she believed her grandson was one of the "little thugs" seen trying to kick in the door.

She said the boy's family had tried to help him but it had been "thrown back into their faces".

"What do you do when your grandson doesn't want the help, doesn't appreciate what's given to him?"

She said if her grandson wanted to play "big boy games", he could be punished as one.

Schools need to be focal point of community

Meanwhile, a Kaikohe business leader has called for more funding for the Northland town's schools to help tackle the problem.

Kaikohe Business Association chair Mark Anderson said the problem had been getting worse over the past 30 years.

He said the local high school was in such a bad state, it had to be rebuilt.

"That's the high school, we need to ensure the primary schools and the kindergartens are adequately resourced all the way through, so that they are places where kids want to be, and that they truly become the centre and the focal point of the community."

He said many of the youngsters needed to be intensively managed and mentored.

'They live outside society' 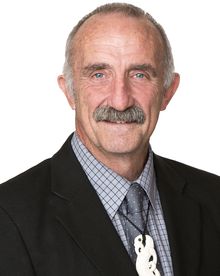 Government policies over four decades - including the years he had been an MP - had failed society, especially when it came to welfare, he said.

"We have bred a sub-culture of people who now don't live [in] and know our society, they live outside it. What you saw over the weekend was a glimpse of what it's going to be as we move forward if we don't address this issue."

Mr Carter and his mayoral counterparts in Gisborne and Rotorua, together with the McGuiness Institute think-tank, were putting together a paper for Prime Minister Bill English, outlining the need for councils to spearhead change.

"We need to be able to be in a position to make the decisions - we're at breaking point actually," Mr Carter said.

"And if people think we've got a housing crisis you wait until this stuff starts breaking out over the next five or 10 years."

The document should be ready in the coming weeks, he said.

Aroha Lawrence said she thought Mr Carter's idea for locally-driven change was a "really good one".

She said if they were the ones dealing with the problem then they should be the ones fixing it.

Former Otorohanga mayor Dale Williams got youth unemployment in that town to zero.

Now a Porirua city councillor, he was working with Partners Porirua, which developed youth for the workforce.

Mr Williams said there was an opportunity for Kaikohe's community and council to show real leadership and take action to help the town, especially those who were involved in the crime over the weekend.

Young people's attitudes were generally more negative when they did not think they had any options, he said.

"I would imagine that these are young people born and bred in Kaikohe, or certainly in Northland, and they've got strong connections to their land and to their families," he said.

"And they want to have opportunities. They want to be able to stay in their community, earn money, and raise their families."