Mayors in some of the country's poorest regions say a new approach is needed to tackle entrenched poverty in some communities. 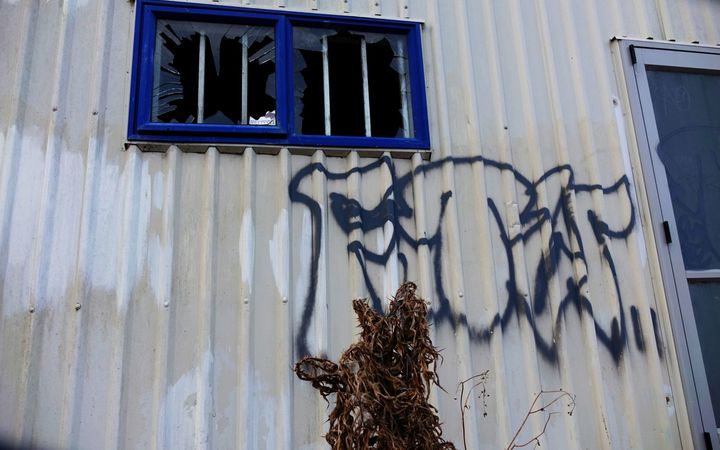 Graffiti on a building in Northland. Photo: RNZ/Lois Williams

Mr Carter, along with Mayor of Gisborne Meng Foon and Rotorua Mayor Steve Chadwick, wants to create demarcation zones where resources would be intensively targeted.

Prime Minister Bill English said it was possible to give councils more control.

"We are actually in the process of working out the mechanics of how you can actually do that, because you've still got to be accountable to Parliament for the money because it's public money, so we've got to get the balance right."

A number of local leaders would be appointed to work with agencies to co-ordinate funding and delivery of services in particular areas, whether it be a village or a certain part of a town, he said.

"We are awash with money up here and a lot of it's not landing, and so we're not asking for new money, we just want the opportunity to redirect so these people can become part of our society again."

Rotorua Mayor Steve Chadwick said local communities should be given more power to direct where funding for social services goes.

Ms Chadwick told Nine to Noon local communities often knew who the best providers of services were and they should not have to go through a centralised tender process.

"If we've got a youth plan in Rotorua and we know the strengths of who delivers best, don't do it through contracts that are competitive contracts and tendered contracts.

"We will say that bit of our puzzle needs to be managed by this organisation."