A return to corporal punishment is the solution for youth crime in the Far North, says a local National Party representative.

The town of Kaikohe is demanding answers after mobs of youngsters took liquor from a bottle store and vandalised a petrol station during the weekend.

On Friday night, half a dozen children walked into the liquor store, walked out with boxes of beer, and took them to an adult party. Later, a group of youngsters were captured on CCTV, hurling rocks and trying to kick in the glass doors of the Mobil service station.

The chair of the National Party's Kaikohe branch, Alan Price, said systems were not in place to deal with growing drug use and young people running riot in his town and others.

"Whilst we need more police, there's a bigger underlying problem here," he said.

Mr Price told Morning Report the solution was to put corporal punishment back into schools. 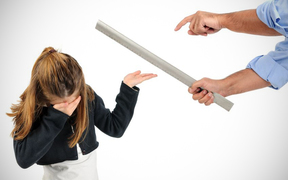 Though the do-gooders would not like it, something needed to be done, he said.

"You can't raise children without discipline and we're getting into the situation where we've got an uncontrollable rat race that you can't do anything with in this country.

"Until we stand up to it and do something about it and change the law that means you can discipline somebody for something they do wrong - to me it is a form of child abuse not to raise a child with discipline."

"I think we've got a bigger drug problem in this country than we know about and I think that's what's causing the dysfunctional families, the anger, the theiving that's going on to get money for drugs."

A worker at a Kaikohe store targeted by the gangs of youths said the teenagers were not only stealing from his shop, but threatening customers as they leave.

Dipak Singh was working in The Shed - the liquor outlet that was robbed by young teens on Friday night.

He said it was the second such raid in three months, and it was always frightening.

Mr Singh said sales were falling because people were afraid of the young thugs who hung around the area.

Mr Singh said he wished there were more police around the streets in Kaikohe at night.

The chair of Ngapuhi Social Services, Mike Kake, has called for a public forum, saying it would give the community a chance to discuss the problem and possibly come up with solutions.

He said the suggestion of a return to corporal punishment would not fix the problem, or address the underlying reason the children and young teens were out of control.

Kaikohe community patrol co-ordinator Tony Taylor said locals had "had a gutsful" over gangs of youths, some as young as 11, stealing cars and breaking into properties. He said there were not enough police to cover the large mid-north area.

Mr Price has asked Police Minister Paula Bennett to look into policing in Northland. He said he wanted communication to see how police resources could be better used.

Ms Bennett said the government had already committed half a billion dollars for more police, and while it was up to the commissioner where those officers would be located, Northland was a priority area.

Police said in a statement extra investigative staff had been added to the Northland Police District staffing for the 2016/17 year.

The MP for Northland, New Zealand First leader Winston Peters, said the catch-and-release principle for young offenders had to change if youth crime in the area was to be curbed.

He said the number of charges had fallen despite a rise in criminal offences. "If you're going to have discipline, then you've going to have to ensure that rather than have a catch and release policy, like some game fishing outfit, we actually charge these people with crimes, and we're not doing it."