The Ministry of Education has delayed plans to remove 700 tonnes of asbestos-contaminated soil from an Auckland school. 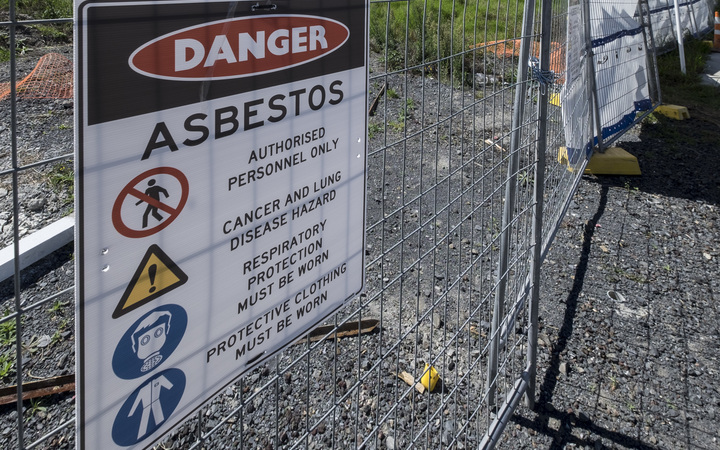 Parents were outraged after plans were made to remove the soil during school hours, and about 40 decided not to send their kids to school if the work went ahead.

Natalie Marsh kept her two young children away from school today as preparation work at the contaminated site began.

"This whole situation caused a great deal of stress and anxiety for me and other concerned parents. The whole thing is astounding, the school has handled it badly."

Ms Marsh said the school held a meeting with the asbestos removers in February so parents could ask questions.

But she said the information was confusing and parents were left unclear of the risk to their children.

"We have lots of questions but we haven't been given many answers. The information we have been given is contradictory. The school has advised us there is no risk and the children are safe, but on the other hand the asbestos removal team told us there is always a risk."

Ms Marsh wrote to Health Minister Michael Woodhouse with her concerns in February. In a written response, the minister said WorkSafe had assured him no work would be undertaken within school hours.

Today, the minister's office said the response to Ms Marsh was based on advice provided to the minister at the time.

"However, our office has subsequently been advised that it is up to the licensed asbestos removalist and the school to decide when is the best time to undertake the works. WorkSafe's role is to administer the legislation and the licensing system for asbestos removalists."

Hobsonville Primary School's board of trustees said it was happy to halt the asbestos removal to alleviate some parents' concerns but many others wanted it removed immediately.

Board chair Lance Norman said most parents were happy with the safety measures it had put in place.

"We have specialists saying get rid of it right now, so the advice we've had prior to today was remove that product as safely and as quickly as possible."

Asbestos Removal New Zealand director Darryl Montgomery said he could not understand why the decision was made to remove the asbestos during school hours.

Teachers and concerned parents had been calling him to ask questions, he said.

"Why hasn't there been more information provided to clarify exactly what is going on? The parents need to know what they should expect from the removal process, to give them some sort of comfort and understanding of the safety precautions that are being in place and how they make it a safe environment."

WorkSafe introduced new guidelines for the management and removal of asbestos in November last year. They were causing confusion, Mr Montgomery said.

"There's a lack of knowledge and understanding of what the risks are and how they can be offset. Because the changes are recent, people are in the dark and there is not enough information for anyone to make decisions about what to do with asbestos in any situation at the moment.

"Asbestos removal companies have been looking for clarity from WorkSafe. Within the law, private homeowners can remove up to 10 square metres of asbestos but tradespeople have to follow all protocols to remove it in the safest possible way - things like that are causing confusion within the industry," Mr Montgomery said.

He said the asbestos industry needed either further regulation by WorkSafe or an independent body set up just to deal with the material.

'Not unusual' for asbestos removal to happen in school hours

The Ministry of Education has its own requirements for asbestos removal: one is that asbestos removal does not happen during school hours and, if it does, there needs to be a reason for the decision and approval from the ministry.

The ministry was unavailable for an interview today but a spokeswoman, Kim Shannon, said in a statement that work at the school had been stopped so more information could be provided to parents.

"We completely understand why the community would be cautious about the presence of asbestos. However, it is not unusual for asbestos removal projects to take place during school time.

"We would like to assure parents that we are confident that this work can be carried out safely [but] we will now review when the work goes ahead," Ms Shannon said.

She said the Easter school holidays were the next logical opportunity but the work was expected to take three weeks.