Low-wage workers in Queenstown face another year of crowded houses and shared beds after a major project to provide short-term cheap rentals failed. 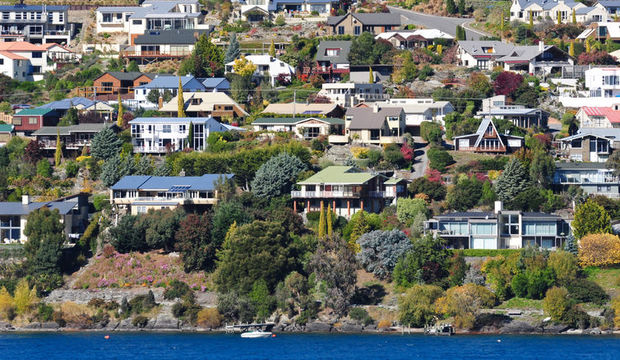 Low-wage Queenstown workers have had to resort to commuting from nearby towns, sharing beds on rotation, and sleeping in tents and campervans. Photo: 123RF

New Ground Capital had resource consent to build a $30 million worker housing complex on Gorge Road but it pulled out, saying it was not financially feasible.

The decision leaves the resort town without large-scale accommodation for workers for at least another year.

Managing director Roy Thompson, who co-owns a bar in the town, said it would have helped ease the critical shortage of worker housing.

"It's undoubtedly a crisis. I don't think you'd find many people in Queenstown who didn't refer to it as such," Mr Thompson said.

"I've been an employer there for 19 years [and] it's as bad as we've ever seen it. Trying to recruit Kiwis in particular to Queenstown is extremely difficult now," he said.

Building was to start on the project next month but Mr Thompson said it was not viable because of the high building costs and the limit on how much tenants on low wages were able to pay in rent.

Queenstown Lakes District Council needed to tweak planning controls, such as the number of carparks required to suit the project, he said.

"In a lot of cases staff won't have cars. If you take Queenstown as an example as lot of the staff are relatively young, working visa people from overseas. They don't have cars and they don't want cars. Why go to that expense if you don't need to?"

Having to provide those carparks was a cost that put off developers, Mr Thompson said.

But it could not force people to build the projects, Mr Theelan said.

"We're obviously very interested in promoting more accommodation being built and that's why we are actively in discussion with a number of developers and parties. Ultimately the council can't compel developers to make developments happen."

Many workers had to commute from nearby towns, share beds on rotation - 'hotbedding' - and sleep in tents and campervans.

The problem was exacerbated by tourists renting houses through schemes like Airbnb, he said.

More cheap rentals were needed but they would not solve everything.

"We do also have to be careful that we're not building large worker accommodation complexes and potentially accommodation ghettos where there's high turnover or high concentration of temporary workers," Mr Theelan said.

The accommodation supplement needed to be reassessed, to help more young families and low wage workers, she said.

She also wanted to bring back the days of movable worker accommodation.

"When the dams were being built they had prefab homes that they moved from Benmore to Twizel to Cromwell. Could they not do something similar?

"I think it's something that needs to be driven by the government, supporting the local councils," she said.

Roy Thompson said employers also had to work on a solution by raising wages so that staff could afford to live in Queenstown.

His firm was working closely with the council on building worker accommodation in nearby Frankton but it would not be open until the end of next year at the earliest, he said.