A Wanaka man whose business is thriving says the booming property market has shut him out and he will have to commute for more than two hours to a house he can afford to buy. 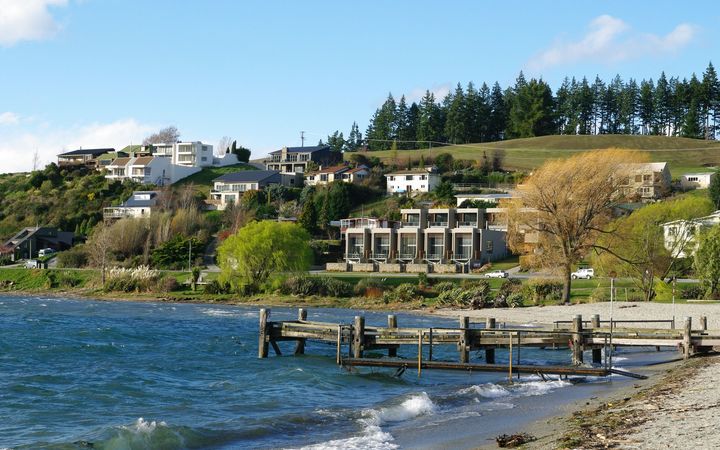 Wanaka's population is projected to grow by nine percent every year in coming years. Photo: 123rf

Wanaka's population had already overshot expectations which saw property prices projected to soar by 9 percent every year in coming years, compared with the national average of 2 percent.

James Mitchell, whose business as a trimmer and upholsterer is booming, said the housing crunch was driving more people on lower incomes out of town.

Work was "extremely busy", he said.

"It's the same with a lot of other people, tradesmen in the town, everyone's flat out from building to all interiors, housing stuff, anything," Mr Mitchell said.

He and his wife had moved from Northland to Auckland and then south, chasing the work but outpriced by the housing market.

He wanted to stay in Wanaka but said he would never be able to buy.

"The house prices and the section prices as well are increasing at such a rate that a lot of people like myself who's a first home buyer haven't really got a chance to get on that ladder. People who have managed to get on the ladder are really stretching themselves, there's a lot of people just living on bare sections, living in containers and similar type abodes," Mr Mitchell said.

Developer Allan Dippie has built about 1000 homes in the area in the last 20 years. He said all the properties in the seven subdivisions he had been working on this year had been snapped up and he was struggling to keep up with demand.

He brought many of his own workers by bus from Cromwell, 40 minutes away, because of the shortage of cheap accommodation in Wanaka.

But he said people could still buy a new house in places like Luggate for less than $600,000.

"You don't want to end up in an Aspen situation where everyone would like to live there but no one could afford it so as a development company we need to keep doing the best that we can to making sure that the town remains balanced and doesn't go completely elitist," Mr Dippie said.

But Mr Mitchell said even the cheapest houses cost too much. He was already planning how he would commute between his Wanaka business and a home up to two hours away.

"If I was to get a section for a first home, I'd be talking maybe $300,000 plus and obviously I've got to build a house on that and I'm 42, there really isn't any point in me getting a ridiculously high mortgage at my age and just struggling. I could go right down south and probably buy a house with a section for the price of a deposit [here]," he said.

A Wanaka ward representative on Queenstown Lakes District Council, Ella Lawton, 35, said she was struggling to buy her own home in the town and was shocked at the rapid increase in prices.

She was optimistic solutions would be found. Thousands of new houses were being built, which she said should ease the pressure on prices, and work was underway to urgently release more land for housing and to build cheaper homes and accommodation for workers.

But Wanaka's high living costs and low wages were also a problem.

Ms Lawton said the town needed more help from the government to cope with rapid growth and the town's business people had to work on providing a living wage.