More than half a kilogram of methamphetamine has been found on average each day in Auckland's sewers, new research says.

A team from Massey University and the University of Queensland has been testing the city's wastewater to find out more about Aucklanders' drug habits.

While similar wastewater analysis has been carried out in many cities around the world, the study is a first for New Zealand. 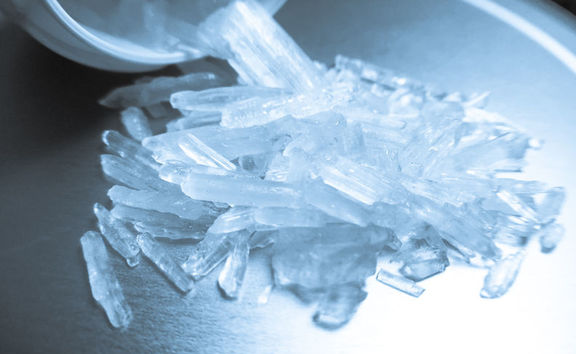 An average of 600 grams of pure methamphetamine was detected each day. Photo: 123RF

Instead of relying on self-reported drug use information, daily samples were taken from two wastewater treatment plants in Auckland over a three-month period in 2014.

Associate Professor Chris Wilkins, from Massey University, said what they found was a fairly consistent level of methamphetamine use throughout the week, with an average of 600 grams of pure methamphetamine detected each day.

"It wasn't really surprising, but it certainly confirmed that methamphetamine is a fairly serious problem in Auckland."

Some other drugs, like MDMA and the common ecstasy substitute methylone, were found in smaller amounts, but only at the weekends.

That matched up with its common use as a party drug, Dr Wilkins said.

"At least two occasions we just found the parent drug, which means that the drug hadn't been metabolised through a human, which suggested that instead of somebody taking cocaine and then us detecting it, the raw drug had been dumped into the sewer," he said.

The parent drug was detected at a south Auckland treatment plant, suggesting it could be a result of people at Auckland International Airport, in Mangere, flushing drugs down the airport's toilets to avoid detection by Customs, he said.

The same research method could be used in smaller centres, to get a better picture of methamphetamine use outside of the big cities, Dr Wilkins said.

"Because those smaller towns and cities often have their own sewage treatment plant, you can go in there, do sampling, and really provide evidence of the level of methamphetamine and other drug use. You can use that data to support better health and treatment services." 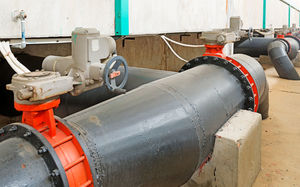 Drug Foundation executive director Ross Bell said similar wastewater testing had been carried out around the world, especially in Europe, for some time.

It was useful for identifying whether there are any new and dangerous drugs in use, he said.

However, there needed to be a greater focus on identifying what drugs were out there before they were consumed, he said.

That could include testing drugs that are seized by police and Customs, or providing testing services at nightclubs and music festivals.

"That prevents deaths, and I think we should be looking at a much wider range of testing and checking services that aren't always just after the event, that it's not always just a coroner's report, or it's not always wastewater analysis of drugs that people have already consumed," Mr Bell said.

Police announced last December that this year they would begin testing wastewater in Auckland and Christchurch, to get a better idea of drug use in the community.

In a statement, the police said it was too soon to compare what they had found so far with the Massey study, but they wre finalising the results from the first quarter of testing at the moment, and would publish them in due course.