Pay parity - and the "gross" state of some worksite portaloos - are up for discussion at a Women in Construction forum in Christchurch today. 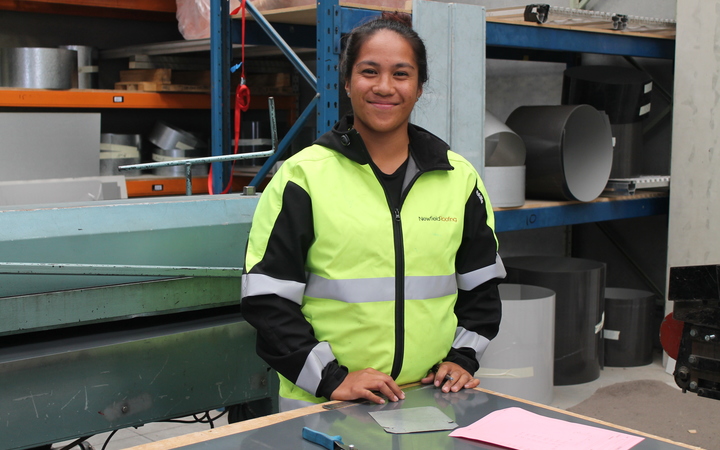 TJ Daly said she sometimes felt she had to work harder than men to show she could do the job Photo: RNZ / Katy Gosset

The number of women in construction has nearly doubled in little over a decade.

TJ Daly is one of the 30,000 women now working in construction.

She started out as a carpenter's labourer and found her workmates sceptical, she said.

"They were kinda talking down to me. So I just went with it and then I just proved them wrong."

She said early on, she was sometimes left out of workplace talks and felt she had to work harder than men to show she could do the job.

But those early knockbacks merely served as an incentive to pursue a career in construction.

"People told me 'you can't do this, you won't be able to handle it' and that kind of motivated me."

Ultimately her colleagues taught her the right way to lift heavy materials and some of them also toned down their swearing.

"They respect me as a female so they don't swear around me, but sometimes it just comes out." 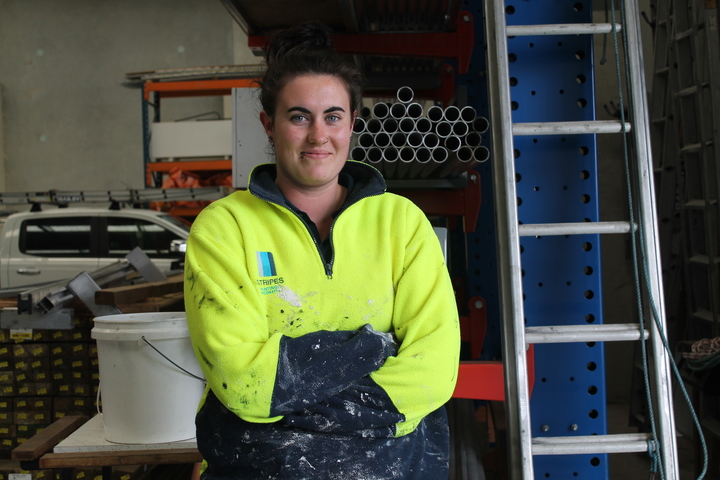 Lizzie Brown has no regrets about taking up work as a painter. Photo: RNZ / Katy Gosset

Lizzie Brown was in a business administration job "going nowhere" when she heard an advertisement for free trades training at Ara, then the Christchurch Polytechnic Institute of Technology.

She was looking for a hands-on job and has no regrets about embarking on a three year painting course.

But she admitted the first day on the job was daunting.

"It's pretty terrifying, you really don't know what to do and you feel like you've got a bit of pressure."

She got along well with her male colleagues and said they no longer held back in their language around her.

But the on-site toilets were another matter.

"That is one thing that I have really struggled with ... the state of some of the toilets and I find it a little bit gross that some of the females are expected to go in there and use those kind of facilities." 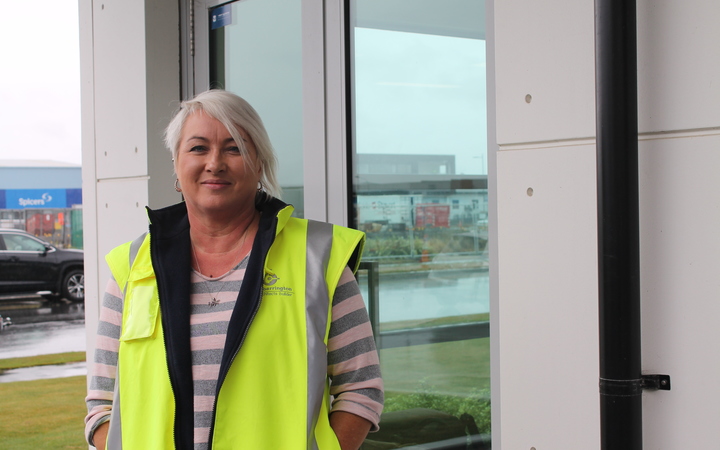 Wendy McLean audits work sites for Clive Barrington Construction and admitted she had faced some resistance to her presence on sites, although she believed that was more to do with her role than her gender.

"I've got a little bit of life experience on me and I'm pretty good at cutting the attitude out."

She said once workers understood she has their interests at heart she found they related well to each other.

"I use humour and that relationship building to get alongside the guys ... and prove to them that I care".

Research carried out by the Ministry for Women four years ago showed women were an underutilised labour force, at a time when post quake Canterbury needed construction workers.

But the figures in Canterbury are above the national average.

"The national average of women in construction is 13 percent and in Canterbury it's up to 16 percent in 2016 - so that's a really big jump."

Ara -the former Christchurch Polytechnic Institute of Technology - has 147 women studying trades, many of them on scholarships.

Even so, that represented just 8.5 percent of the trades students, and Ara spokesperson Dennis Taylor said there was room for more.

"The more women that you get into trades and the more that they progress into supervisory roles, management roles, the more those barriers should be broken down."

Women in Construction Forum organiser Jo Duffy said many female construction workers could feel isolated, and the forum would offer networking opportunities and cover issues such as pay inequity.

Ms Duffy said with many staff on individual contracts it was hard to know whether women were being paid less than men or whether there were variations within businesses.

"I think until women start talking about pay rates and actually finding out what other people get paid, we actually can't gain that information."