One of the bullets fired by a man charged with wounding four police officers shattered the sights of a rifle being held by an officer, a court has been told. 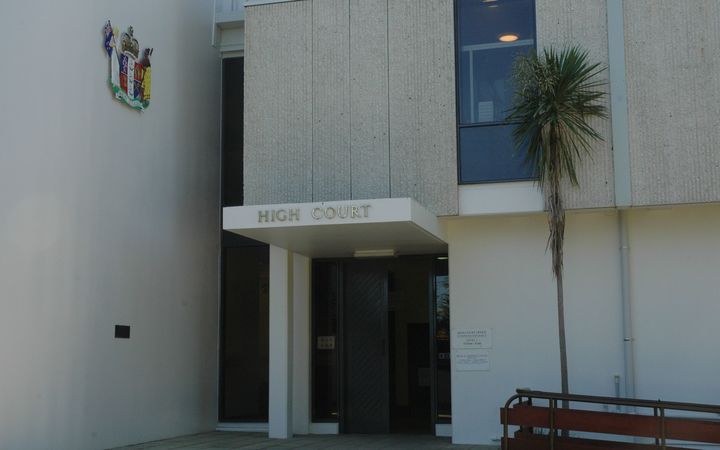 Rhys Warren, 28, is charged with two counts of attempted murder, one of wounding with intent to cause grievous bodily harm and three charges of using a firearm against a law enforcement officer during a nearly 24-hour siege in a house near Kawerau in March last year.

The Crown opened its case in the High Court in Hamilton late this morning.

Crown prosecutor Aaron Perkins QC told the jury that, after entering the house, Armed Offenders Squad members cleared the house room by room, but were shot at in the hallway.

One bullet struck the sights of one officer's rifle, which shattered into fragments that hit him in the face and hand.

Another officer received a head wound that split his skull bone, causing bleeding to his brain.

A second shot wounded another officer in the thigh and knee, and a third shot hit an officer's hand as it was gripping a rifle. The bullet lodged into the loaded barrel, but did not cause the magazine to explode.

Mr Perkins described this as a remarkable piece of good fortune.

After the Crown gave its opening statement, Mr Warren was invited by Justice Brewer to give his response.

Mr Warren started to say the judge was biased and he wanted him replaced, and claimed the judge had denied him lawful representation.

He told Mr Warren it was his opportunity to respond to what the Crown had presented to the jury.

Mr Warren asked for another judge, and Justice Brewer told him to sit down.

Earlier, the judge dismissed one of the jurors after being notified she had a connection with a police witness. The jury is now sitting with 11 members.

Mr Warren is representing himself in the trial. He has been granted what is known as a McKenzie friend, a person who is not a lawyer but someone who has helped the accused man prepare his case.