Afghan interpreters in New Zealand fear their families will die if they are not allowed visas to settle here.

The interpreters, who were employed by New Zealand Defence Force in Afghanistan, said their families were suffering for their involvement. Some had been sent threatening letters by insurgents. 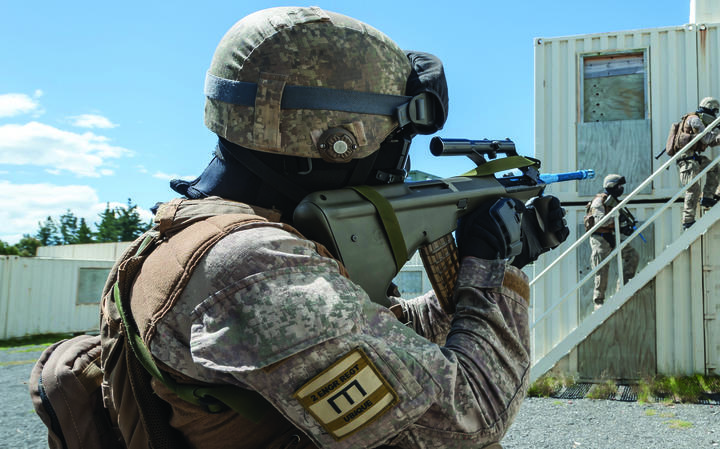 Parwiz Hakimi worked as an interpreter for the New Zealand army. He lives in New Zealand with his wife and children.

Under immigration rules, he says he may have to wait up to five years before his parents and siblings can join him.

By that time, he said, they could be dead, because of his previous job.

"Every moment, there's a chance they will get killed."

"When I get a phone call from Afghanistan it just gives me a big panic that there might be bad news coming from there."

"My parents and my young siblings are the most vulnerable people who are left behind in Afghanistan - there's a lot of chance for them to be killed by the Taliban."

The two-tier scheme is open to all refugees in New Zealand. It takes 300 people a year.

Interpreters with no family in New Zealand can apply under tier one to sponsor family straight away.

Those with family in New Zealand need to apply under tier two. However, those registrations are closed and the interpreters say there could be a wait of five years.

Mr Hakimi said there should not be a distinction between the two groups.

"Every family is facing the same problem back in Afghanistan. The Taliban would not go and say, 'he's married so let's not kill his parents; he's single so let's kill his parents'. They will look at everyone as one interpreter."

He and his wife suffered depression and anxiety from being disconnected from their families, he said.

Mr Hakimi's brother-in-law, Abdullah, who is in Kabul, said insurgents sent the family threatening letters in a bid to find Mr Hakimi.

"We cannot go anywhere. Our children are at home because they cannot even go to school to study because they [the Taliban] say that your son is working with the New Zealand government. Our females go with the burqa in the city to buy the [core] materials for the family."

'We will be able to look after them'

Another interpreter, Mustafa Ahmadi, said his family would not be a burden on New Zealand.

"The Afghan interpreters, most of us have permanent, full-time work. We're actively working in the community, we have settled very well.

"We are requesting that if they come over, we will be able to look after them."

Mr Ahmadi said he cannot return to Afghanistan. His extended family suffered because of his role with the defence force.

In a statement, the national manager for the refugee division at Immigration New Zealand, Andrew Lockhart, said when settlement in New Zealand was offered to the interpreters, it was made clear it only extended to their partner and dependent children.

The access to the family support scheme meant Afghan interpreters had the same opportunities as refugees to sponsor extended family members for residence, he said.

Immigration Minister Michael Woodhouse was not available for comment.

The interpreters said they would continue pushing the government to prioritise their special circumstances.

According to the Defence Force, the NZ Army has played a role in Afghanistan since 2003. Although the NZ Provincial Reconstruction Team closed in April 2013, there were still personnel in mentoring roles there.