Two Afghan interpreters have been awarded service medals for their work with New Zealand troops in Afghanistan. 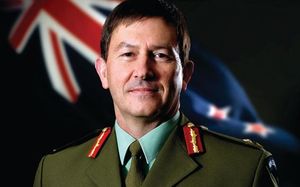 The medals are given to defence force and civilian personnel providing service exceeding the normal requirements.

"Sometimes you will be with good people, sometimes you are faced with a challenge in conflict, so you will have in both situations.

"Definitely sometimes you will be in situations that will be hard and dangerous."

Mr Ahmadi was wounded in the same 2010 ambush that killed Lieutenant Tim O'Donnell.