The government has weakened the threshold for what qualifies as the best quality waterway to swim in as part of its target to make 90 percent of New Zealand's rivers swimmable by 2040. 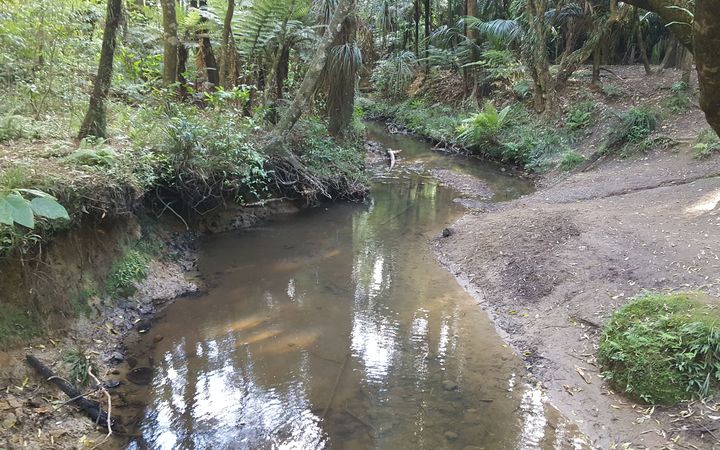 The government's announcement yesterday was based on reforms it had suggested a year ago under its Next Steps for Freshwater document.

Under the old system, for a waterway to be considered the best for swimmability the acceptable level of E coli was less than 260 per 100ml of water.

That equated to a low risk of infection, up to 1 percent, when a person was taking part in activities that were likely to involve full immersion.

Now, the government has changed the whole system so that for a waterway to be considered excellent it cannot exceed a new E coli level of 540 per 100ml more than five percent of the time, which equates to a less than five percent risk of infection.

Some scientists say the changes allow more pollution, while others think they won't make much difference and the new system might work.

Freshwater ecologist Mike Joy has slammed the government's proposal saying it was pulling the wool over peoples' eyes by changing the goalposts on the allowable level of E coli , essentially lowering the standards for what qualifies as excellent swimmability.

NIWA principal scientist of water quality Graham McBride has advised the Ministry for the Environment and is an expert in water-related health risk assessment.

He said the new measures were less precautionary than before.

"What we have had has been quite precautionary, that is, we'll assume the worst unless you can demonstrate that that's not the case."

Mr McBride said the new standards meant water quality was not as good as previously, but overall the government's proposal was laudable and it was pushing for improvements.

Waterways Centre for Freshwater Management director Jenny Webster-Brown said the government had changed the goalposts when it came to measuring swimmability.

But she did not believe the limits that were good for swimming had changed at all.

"I think they have been moved but . . . it's not going to change the situation greatly, so I'm not sure it's going to make a big difference."

Professor Webster-Brown said while the regulations were "less stringent" she was not convinced the initial measure would have worked.

She said the measures proposed to fence off stock from waterways and improve riparian planting will help reduce E coli in water.

Ian Hawes, an acquatic scientist of 30 years, said fencing off stock from streams was a start but was not a panacea for fixing water quality problems.

"Putting a fence a metre away from the edge of a stream isn't really going to achieve a great deal because overland flows and flood flows are going to bypass a lot of that very short distance between the paddock and a stream.

"We need to be thinking a little bit more sensibly about other ways we can protect waterways from getting organisms into them."

Regional councils have until March next year to report back to central gvernment on how they will achieve the new target of 90 percent of New Zealand's rivers being swimmable by 2040.

The detail of the National Policy Statement for Freshwater Management is open for consultation until 28 April.