Two peace activists have escaped conviction after a protest at a defence industry conference in 2015 turned violent. 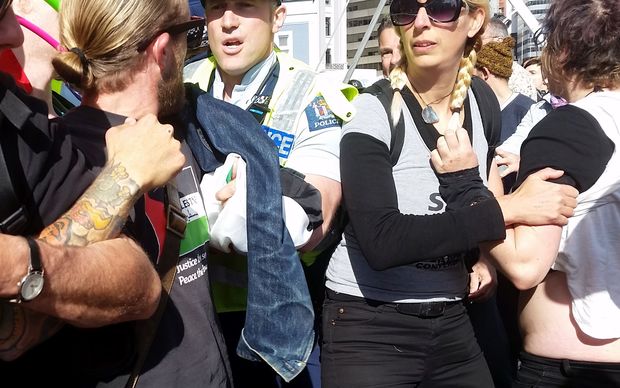 Fifteen people went on trial in the Wellington District Court at the start of last week on charges of obstructing the police, trespassing and disorderly behaviour.

Charges against 12 of the group have since been thrown out, and Judge Ian Mill is today deciding the fate of two of them.

This morning, he dismissed the charges against Gregory Elliott and Stephen Fletcher, saying the evidence given by the police during the trial was unreliable, and didn't fully grasp what was happening.

The last person before the court, Laura Drew, who is charged with wilful trespass, will hear from Judge Mill on Thursday.