Doctors at Christchurch Hospital are to give parasitic hookworms to patients who cannot tolerate gluten in their diet.

The trial is due to start in a few months, and aims to help the tens of thousands of people in New Zealand who suffer from coeliac disease. 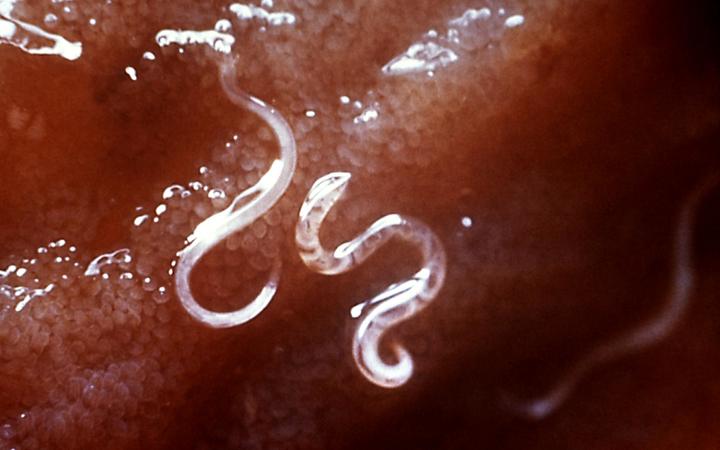 Hookworms will be given to patients with coeliac disease. Photo: Wikipedia

The lead clinician for the trial, Richard Gearry, said it followed a similar study in Australia which showed benefits.

Professor Gearry said the worm enters the body through the skin and makes its way through the blood stream before ending up in the gut.

"The study that we're taking part in - between a number of Australian sites and our site here in Christchurch - is really looking to make sure that, firstly, the observations seen in the preliminary study does hold, and, secondly, that it is safe and that there are no issues or worries with that.

Coeliac disease is a permanent intestinal reaction to gluten. The cells lining the intestine become damaged and inflamed and the absorption of nutrients from food is disrupted.

It is estimated between 60,000 and 70,000 New Zealanders have coeliac disease, however 80 percent of those were unaware they had the condition, according to Coeliac New Zealand.