Passengers will spend the night on a luxury cruise ship that crashed into another boat this afternoon. 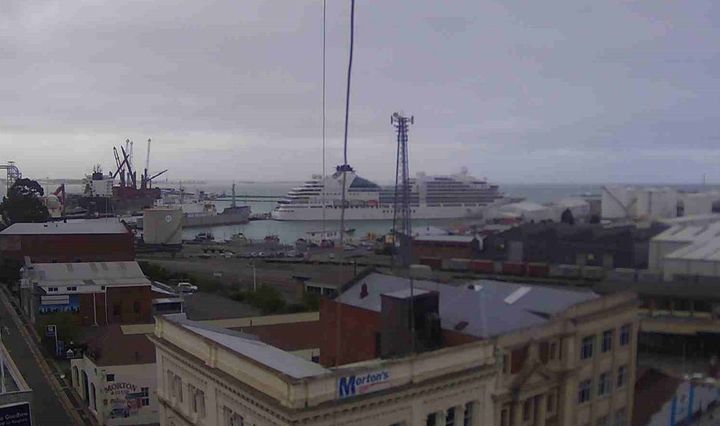 The Seabourn Encore has come free of its moorings at the Port of Timaru. Photo: Screenshot

The Seabourn Encore berthed at the Port of Timaru this morning and, according to the Port's website, was due to leave for Akaroa about 6pm.

Harbourmaster Jim Dilley said there were mooring issues with the ship and a strong southerly wind blew it away from the wharf.

It hit another vessel, the Milburn Carrier II and became stuck between two wharves.

Pilot and tug boats held the ship stable to minimise damage while they waited for the wind to subside.

There were no reported injuries on either ship.

Mr Dilley said the boat was now secure alongside the wharf with mooring lines.

Two tug boats were keeping it in place and all remaining passengers were heading back on board.

He said inspections were yet to be done but both ships had sustained damage, with the Milburn Carrier II suffering a split in its ballastings.

Maritime New Zealand said officers would be looking into the damage and interviewing both skippers.

The Transport Accident Investigation Commission is investigating what caused the incident.

PrimePort Timaru chief executive Phil Melhop said while many passengers were away on tours, there were some onboard when the ship crashed.

The owner of the local Speights Ale House, Nigel Bowen, said his restaurant was packed, as about 150 passengers had waited there to hear what would happen after the collision.

Mr Bowen said other restaurants had also been full and passengers were in good spirits.