A cylinder containing compressed nitrogen exploded aboard a cruise ship berthed in Otago yesterday, hitting and killing a crew member, before flying over the railings onto the wharf below. 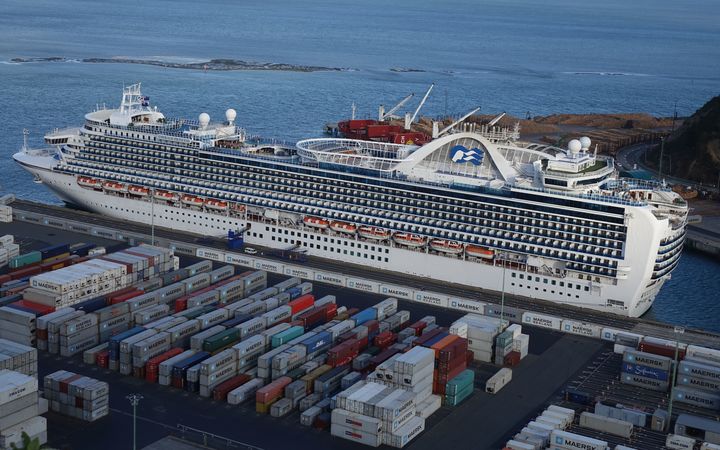 The cylinder, which contained compressed nitrogen, exploded at about 5.15pm on board the Emerald Princess cruise ship, which was docked at Port Chalmers near Dunedin.

The Fire Service said four fire crews were sent to the scene to ensure the cruise ship staff had everything under control.

They have since left the area.

Police said no-one else was injured and they will be investigating the death on behalf of the Coroner. Worksafe and Maritime New Zealand have also been consulted.

One of the firefighters, Cory White, said the large cylinder became a projectile and hit the man.

He said the cylinder continued flying before landing on the wharf next to the ship.

Mr White says the cylinder powered a gantry that lifted the lifeboats on and off the ship.

He said the cylinder was similar in size to the 45kg tanks used at homes around the country.

Mr White said nobody was yet sure what happened, but it appeared the cylinder's top valve assembly was damaged.

He said there were still about 300 passengers trying to get onboard at the time of the explosion, and had to be contained in a nearby shed. 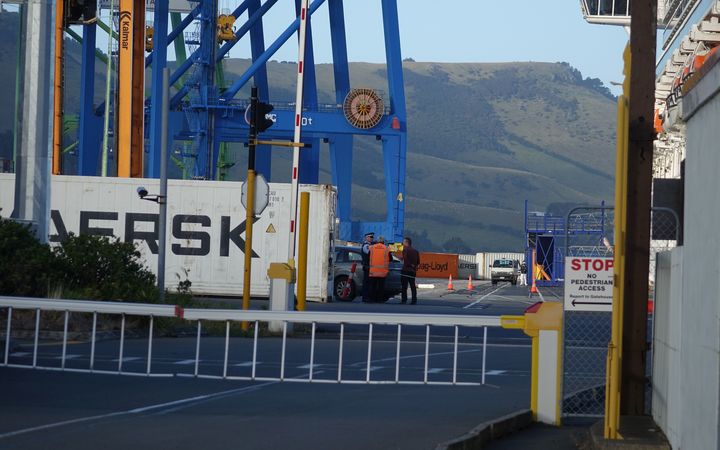 Police at the scene where a man was killed by an exploding gas cylinder. Photo: RNZ / Lydia Anderson

A Princess Cruises spokesperson said initial reports indicated the explosion "happened during some technical work on the hydraulic launching system on a tender vessel".

"We are working closely with local police and other authorities and assisting in their response and inquiries. We are deeply saddened that a member of Emerald Princess' crew was fatally injured in the incident. Emerald Princess is currently on a 12-night round trip cruise from Sydney to destinations in New Zealand."

Staff at the local library, about 100m away from the cruise ship, said they heard a loud bang that sounded like a container falling on a wharf, and library patrons rushed outside to see what it was. 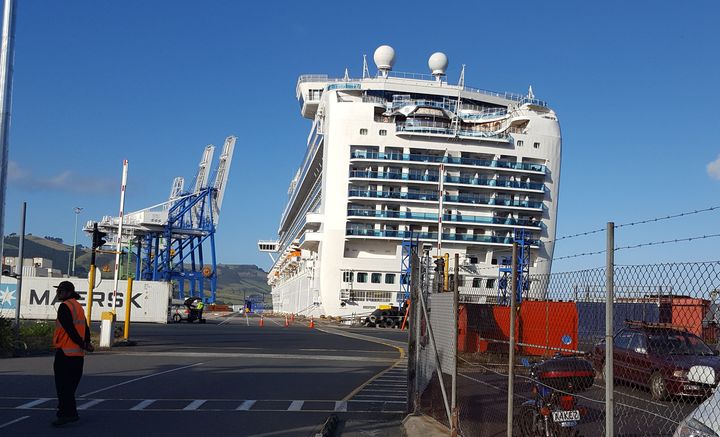 Port chief executive Geoff Plunkett said there was no apparent damage to the ship.

Mr Plunkett said the scene had been cordoned off by the police and he did not know when the ship would sail.

The spokesperson for the cruise line said the ship would only sail when it had permission to do so from authorities.

It was due to depart for Fiordland at 6pm today.

The Emerald Princess can cater for 3000 passengers and a crew of 1200.