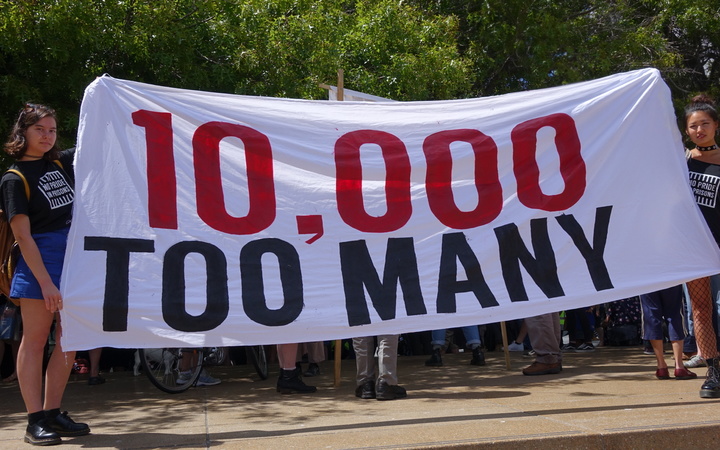 The Department of Corrections said over the past two years the prison population had increased at a rate considerably higher than forecast, reaching 10,000 in November last year.

A spokesman said the current population was approximately 10,100 but it varied on a daily basis depending on arrests, court decisions and releases.

No Pride in Prisons, a group that wants prisons abolished, is marching from Aotea Square to the prison this afternoon.

Spokeswoman Emilie Rakete said prisons did not do what they say they do.

"Corrections says prisons rehabilitate people, but the reality is prisons are violent," she said.

"The government is wasting money locking 10,000 people away while inequality worsens."

The group wanted the government to repeal the Bail Amendment Act 2013, which it said had lead to an increase in prisoners being held without conviction.

It also wants construction of a new facility at Waikeria Prison halted.

Corrections could not cope with the massive influx of prisoners, Ms Rakete said.

"After the harsh bail restrictions were passed in 2013, the population of prisoners on remand has ballooned - most people on remand have not been found guilty of anything.

"Rather than deal caringly and intelligently with people who have been accused of social harm, the government has chosen to cram them into overcrowded, violent, unsafe environments."