Christchurch's newest school will look for extra staff after more students than expected turned up on the first day of term one.

Haeata Community Campus in east Christchurch replaces four schools which were shut after the earthquakes, and covers primary through to high school.

Principal Andy Kai Fong said they expected around 920 students to start the year, but the roll stands at about 950, which would require him to do some quick recruitment.

"We were built for 1200 so obviously the physical space is there. 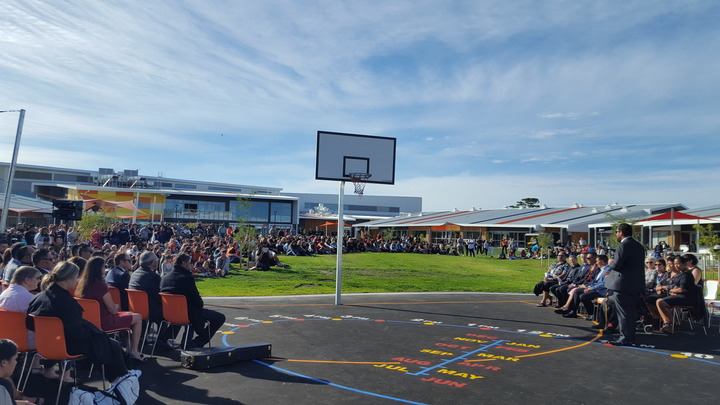 "We've got staffing for the predictions at 920, so we need to appoint more staff. But we've appointed 95 percent of our staff now, we've had most of them since October the tenth for induction, so we're well prepared."

Mr Kai Fong said having a public school which covers year one to 13 was unique in Christchurch.

The area-style school, in an urban setting, had adopted a new style of learning which moved away from one teacher standing in front of a class of 30 students.

The newly-built school had large open-plan classrooms, described as flexible learning spaces, which catered for up to 300 students at a time. It was built for up to 1200 students. 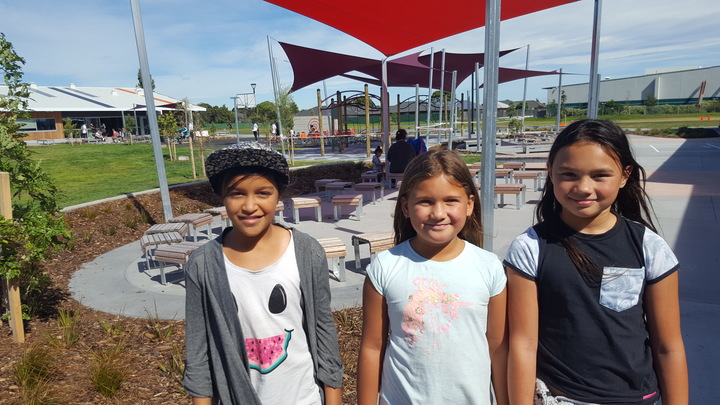 Koia, Navaeh and Maia are excited to be heading into Year 4, 5 and 6 at the new Haeata Community Campus. Photo: RNZ / Rachel Graham

"We could have 15 teachers and up to six or seven teacher aides in that space. So the ability for kids to connect with more significant adults is a real feature of learning here."

Hundreds of students, ranging from those starting school for the first time to pupils in their final year, gathered on the grounds of Haeta for songs and speeches. They were told their school will be a significant addition to the recovery of eastern Christchurch.

Fian Esau said she gave it some thought before enrolling her Year 8 son to the all-in-one primary to high school.

"It did cross our mind, but not for long, because they did say there was a separation they aren't all in together.

"It makes it easier because it is just one school and he won't have to leave (when he starts high school)." 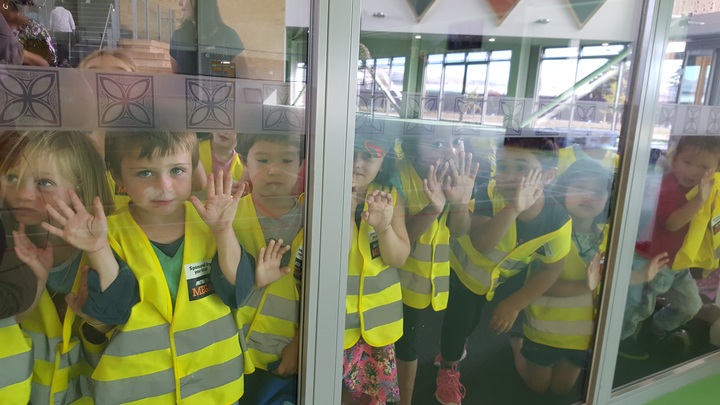