Havelock North parents whose children were infected by campylobacter say someone at the local councils should lose their job over the water contamination saga.

One says her once "bouncy little girl" was now easily fatigued. 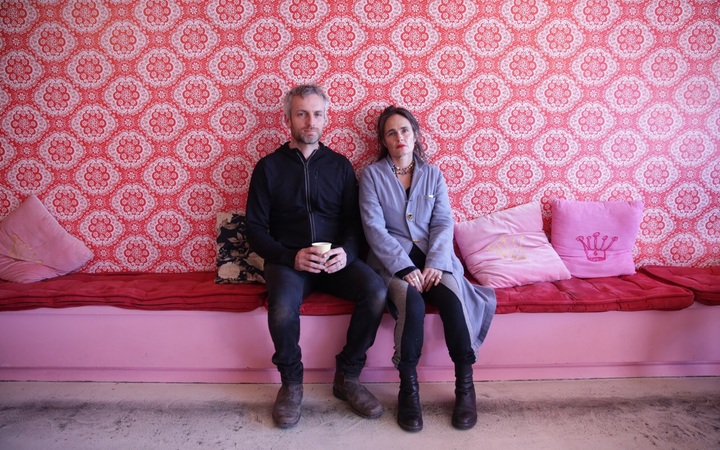 A new report considered by the ongoing inquiry today found it was highly probable contaminated water from the Mangateretere Pond made its way into the bore supplying the town.

The bore has been decommissioned.

The outbreak, in August, made more than 5000 people violently ill and has been linked to three deaths.

Fe Hosford, a design consultant who grew up in Havelock North, said her usually healthy and vibrant youngest daughter was infected by the waterborne disease campylobacter and still had not bounced back.

"She used to be my super bubbly, high energy, bouncy little girl.

"Now she's easily fatigued, she catches everything going, she has a delicate tummy and all the rest of it," Mrs Hosford said.

"We just have to be careful about what she eats and giving her enough rest." 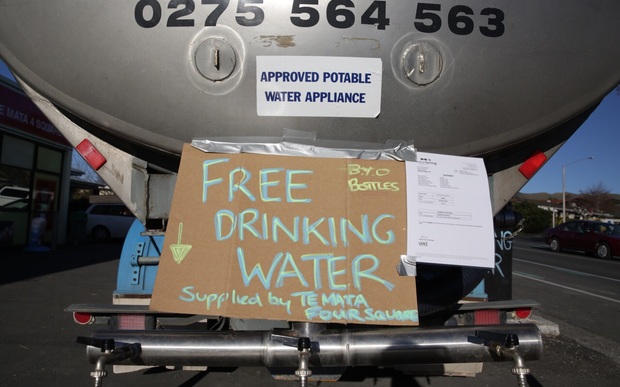 One of at least five water tankers set up around the town. Photo: RNZ / Rebekah Parsons-King

She said chlorinating the water to kill the campylobacter had its problems too.

"Obviously drinking chlorine isn't great either. When you're trying to repopulate a tummy which has been damaged by a bug like that with good bugs chlorine's going to annihilate all of that as well.

"We've had to invest in an extremely expensive filter system for our house because my kids as well as tummy issues were getting skin problems, itchy hair, everything."

Mrs Hosford felt the regional and district councils had not been vigilant enough about the safety of the town's drinking water.

She said someone at one of the councils needed to be held accountable or take responsibility to reflect the gravity of the contamination which led to thousands of people being sick.

Robyn McLean, whose husband and son were infected, agreed.

She said she was outraged warnings about the contamination came after she had encouraged them to drink the very water that poisoned them.

"That's the advice that you've always been given when someone's sick and vomiting - don't get dehydrated.

"So drink, drink, drink. Up until then the water coming out of our taps had been fine and we had no reason to suspect there was anything wrong with it."

Ms McLean said the inquiry starting this week had fuelled anger in the community about the contamination.

She was clear about what needed to happen now.

"Someone should stand up and say, 'look I'm going to take the blame, fall on my sword'.

"Whether that happens, who knows," she said.

"As long as they get a solution and this never happens again, I'd be happy."

Tom Belford, a regional councillor and local magazine editor, said it appeared there were mixed messages and more clarity was needed to prevent a similar outbreak in the future.

"Everybody was a bit complacent about the status of our water here until this outbreak.

"For years people have been assured here that we have ample, ample water and that it's pristine, pristine and not to really worry about it.

"That probably caused everyone to get a little lackadaisical in how they looked at these requirements and the infrastructure involved. People just weren't careful enough.

Local business owner Alexandra Tylee said her son only recently recovered from the campylobacter disease and missed more than a month of school last year.

It was clear, after talking to her GP, that people were still struggling with illness, she said.

"He said they are still seeing a lot of people who are still coming with tummy problems and other side effects that are a result of the campylobacter."

Meanwhile, Hastings mayor Lawrence Yule said he was pleased to now know how the Havelock North water supply was contaminated, after scientific reports put forward during an inquiry into the outbreak.

The Science Caucus reported at the government inquiry this morning that it was highly probable contaminated water from the Mangateretere Pond made its way into the bore in question.

Mr Yule expected the inquiry to recommend better surveying of bores like the one that was contaminated.

"There will be much more rigid controls recommended around activities and monitoring of other water impacts where storm water is collected via a bore," he said.

"The liaison between the regional council, whose consent authority looks after aquifers and waterways, and the territorial authority which supplies the water will have to be strengthened further."

Mr Yule said the bore at Brookvale Road had been decommissioned.

The inquiry was set down to continue for another one to two weeks.

The Hawke's Bay District Health Board was expected to give evidence tomorrow along with more technical experts.