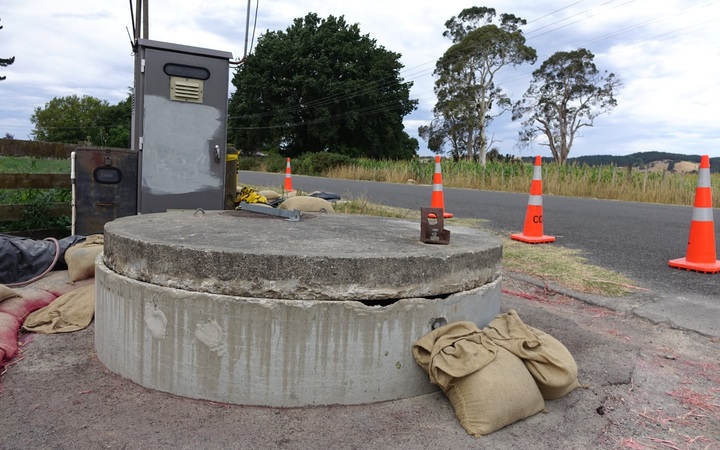 Brookvale Rd Bore 1. The Mangateretere pond (not seen) is near the large tree, 80m-90m from the bore. Photo: RNZ / Peter Fowler

A campylobacter outbreak in the town in August 2016 made over 5000 people violently ill and has been linked to three deaths.

The test report, dated Monday, was ordered by the Science Caucus Group, which is part of the government inquiry into Havelock North Drinking Water that is currently sitting in Hastings.

The Mangateretere Pond sits 80m-90m from Brookvale Road Bore 1. For the dye tracer test, scientists raised the pond level to where it was on 6 August last year, after heavy rain, and added a green fluorescent dye.

The bore pumps were turned on a few days earlier to replicate start of pumping on 3 August.

"The fluorescein appeared in Bore 1 29 hours after its introduction into the pond. This continued for the next seven days until the test was concluded," said a summary of the report.

The report said the timing of events in the tracer testing exercise matched the time scale of the outbreak in August 2016. 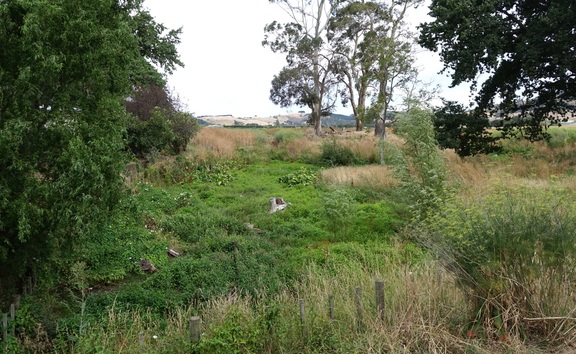 The Mangateretere Pond, which is dry at this time of year. Photo: RNZ / Peter Fowler

The inquiry has not yet released the report, but the beginning of hearings Nathan Gedye QC, counsel assisting the inquiry, flagged the Mangateretere Pond as being the possible contamination source.

The inquiry heard E coli in the pond came from sheep faeces washed in by heavy rain from three nearby paddocks.

Hastings District Council water services manager Brett Chapman told the inquiry: "My understanding is that paddocks two and three were the predominant source of contamination." 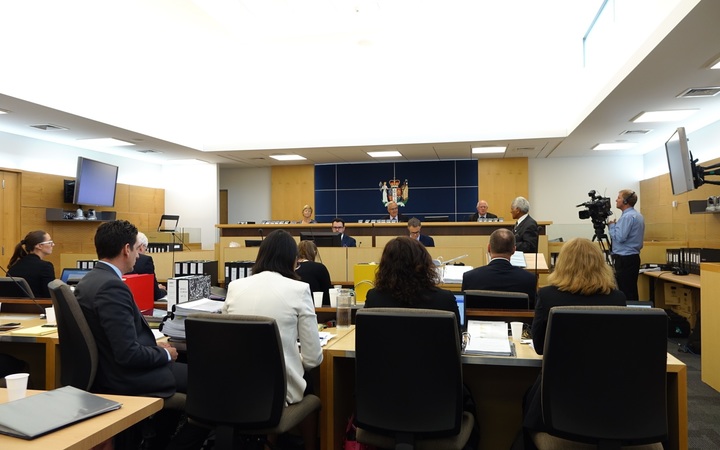 It also emerged at the inquiry that Hawke's Bay Regional Council, which consented the bore, and Hastings District Council, which operated it, had known since at least 2008 that water from the pond goes into the bore.

Mr Gedye asked Mr Chapman if there was a cruder way other than scientific evidence to determine whether water from the Mangateretere Pond was entering the aquifer.

Mr Chapman said it was obvious that when the bore pumps were turned on you could see the pond sinking and if you came back the next day the pond was depleted.

Asked if anyone gave any consideration to the bore's connection to the pond in 2008 in terms of it being able to pass contaminants, Mr Chapman said "I don't believe so." He said it wasn't considered because for a large part of the year the stream and pond were dry and only carried water after heavy rainfall.

Hastings mayor Lawrence Yule said the link was confirmed about two weeks ago and the bore would be decommissioned.

Mr Yule says before last year's contamination the bore had only had one other E coli reading in its 35-year lifetime. He expected more rigid controls to prevent such contamination happening again.