Tens of thousands of visitors are expected to arrive from China during the Chinese New Year celebrations and more are opting to travel independently rather than on group tours. 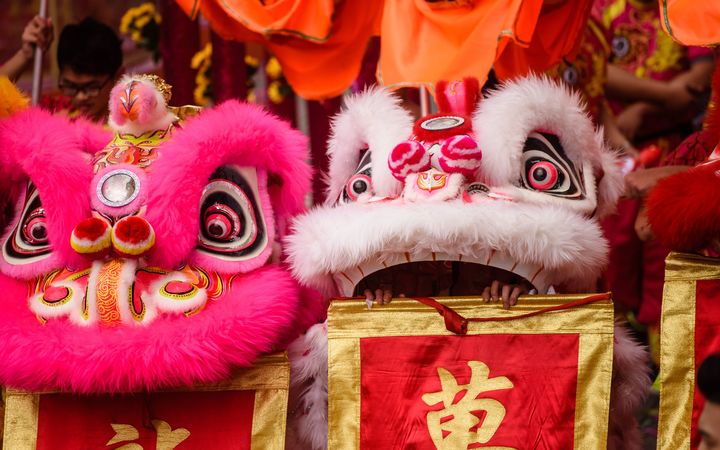 Performers in Hong Kong marking the Year of the Rooster. An estimated half a billion people travel within China or overseas during the two-week New Year period. Photo: AFP

In the two-week holiday period, which started on 28 January, an estimated half a billion Chinese travel either at home or overseas.

Tourism officials are expecting about 30,000 to come to New Zealand.

They say that while the overall number of Chinese visitors this year has slowed, more people are now wanting to travel independently in rental cars rather than on group tours.

Tourism NZ said an education campaign to inform foreign motorists of New Zealand road rules and driving conditions was having an impact, but, together with police, urged both tourists and locals to be patient.

"We've really highlighted to Chinese visitors, as well as other visitors from other markets, the differences in the roads in New Zealand and what they need to be aware of," Tourism NZ spokesperson Rene de Monchy said.

"Also, what we've just launched this Chinese New Year, is using more Chinese social media ... targeting visitors once they arrive in this country."

"Police are continuing to maintain a strong presence on main travel routes during the Chinese New Year period, just as we do for other peak holiday times throught the year and are well prepared for the expected increase in visitor numbers.

"This includes visitors from a wide range of overseas countries and other parts of New Zealand, who may be unfamiliar with local roads.''

Mr de Monchy said the number of independent travellers would continue to grow.

"You will see people go further afield and get more and more adventurous in the type of travel they undertake in New Zealand.

"It's a longer term evolving trend as we move a bit away from group travel and into independent travel.''

"Only a few years ago most Chinese visitors came in through Auckland or Christchurch and may have visited Rotorua or Queenstown as well - and that was pretty much it.

"Now we're seeing Chinese visitors in every part of New Zealand and there's plenty of opportunity to build on that and get them off the beaten track and visiting every part of our country.''

In Christchurch, thanks to work by the Christchurch Airport through increasing the number flights into the city, the number of Chinese tourists has grown significantly over the past several years.

Christchurch and Canterbury Tourism chief executive Vic Allen said many who arrive in Christchurch like to get off the beaten track.

"The issue we've had with peak capacity at Kaikōura, Mt Cook and in Queentown is causing people to relook at their itineraries. We're starting to see people go to Hanmer, Nelson and the West Coast in particuar.''