Three Auckland scientists have helped raise $13,500 in two weeks to help establish a scholarship for women to study physical sciences, maths or engineering next year. 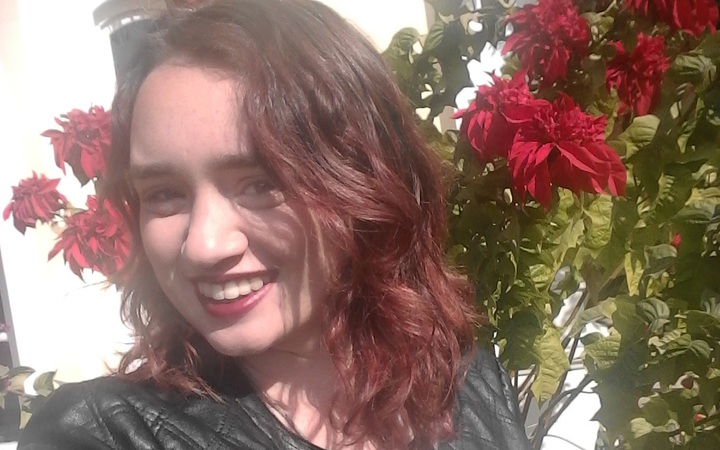 Hinerangi Curtis is of Te Arawa descent and studies Science and Arts at the University of Canterbury. Photo: Supplied

Kate Hannah, Associate Professor Nicola Gaston and Dr Siouxsie Wiles, from the University of Auckland, were prompted by a friend to use the New Zealand opening of the Oscar-nominated film Hidden Figures to raise the profile of Māori and Pacific women working in the sciences.

The film follows three African American women who worked at NASA in the 1960s as mathematicians and engineers. They were instrumental in the first successful orbit of Earth by man.

Last night at Event Cinemas in Newmarket, 180 people watched the film to support the cause.

Kate Hannah said $7005 was raised from the Givealittle page after fees from the website were deducted. About $6500 was raised from Centres of Research Excellence at the University of Auckland and its wider whānau.

She said the event and scholarship raised the importance of having diversity in science and engineering fields.

Hinerangi Curtis, 19, who is of Te Arawa descent and studies Science and Arts at the University of Canterbury, agrees.

"Science is inherently about the collaboration of people and perspectives; to form observations and find out things about our world.

"I think if you just come at that from predominantly one point of view you're going to have a limited perspective of actually what our world is."

In 2015 Ms Curtis was a year 13 prefect at Auckland Girls' Grammar School.

Science was a passion and something she wanted to pursue at tertiary level.

She said she knew studying science would fulfil her academically, but spiritually her wairua would not have sat right letting her Māori heritage fall to the wayside.

She decided to pursue both avenues at university.

"I felt that those were two very important things to me and two very good skills that I'd be able to take with me as I went on and stepped forward into the world as a young Māori woman holding on to both a very Western understanding of academia but also really holding on to my whakapapa and my turangawaewae."

Ms Curtis has thrived in her first year, but said she was aware of her minority status.

She said, at best, 10 percent of her classes were made up of non-Pākeha and more than 80 percent of the class were male.

Like in the film, she said it was a double-barrelled disadvantage.

Her role model was her aunt, Elana Taipapaki Curtis, a physician who works at the University of Auckland.

She said success in the sciences would be less tangible if she did not have her there.

Positives to being in the minority

Veronica Maka is an electrical engineer for Aurecon in Auckland. She is Tongan.

She said when she studied at the University of Auckland she didn't have any strong women who inspired her as such, but her parents were a huge motivation.

She said she was the only Pacific wāhine in her year, but that made her work harder in order to be a positive ambassador for her people.

She said working in the industry you must get used to being the minority. She found there were some positives.

"I guess being a Pacific Islander you grow up in a family community situation so you're able to relate to people which is a lot about what engineering is about; talking out the problem and figuring out what the client wants rather than what you want.

"I guess bringing that Pacific conversation at a mat or around kava bowl - that's what we bring to the table. We're able to talk it out and get the client's view and go from there."

Māori astronomer and researcher at Victoria University, Pauline Harris, said the education system needs to have more culturally relatable content at all levels.

She said that way students would identify with the lessons more and see the sciences as a viable pathway.

She said wrap-around support from universities also needed to be strengthened.

The Ministry of Education's associate deputy secretary Pauline Cleaver said initiatives have been put in place, including a year 7 and 8 programme partnering with Rangitane o Wairarapa, to better link science to Māori language, culture and identity.

She said the ministry was concerned there continued to be a high proportion of Māori and Pacific students leaving school with no credits in NCEA maths and science.

According to the 2015 NCEA Annual Report, 64.5 percent of Asian students obtained University Entrance, 57.4 percent of Pākeha, and just 31 percent of Māori and 29.5 percent of Pacific students.

Kate Hannah said the finer details of the scholarship needed to be worked through, but it would be promoted to year 12 and 13 students this year.

She said the scholarship would be administered by the Association of Women in Science.

And she said together they would raise funds for each consecutive year of the woman's study until she completed her undergraduate qualification at the New Zealand university of her choice.