A slip big enough to fill eight Olympic swimming pools that closed a road near a settlement in the Southern Alps is unlikely to be cleared today. 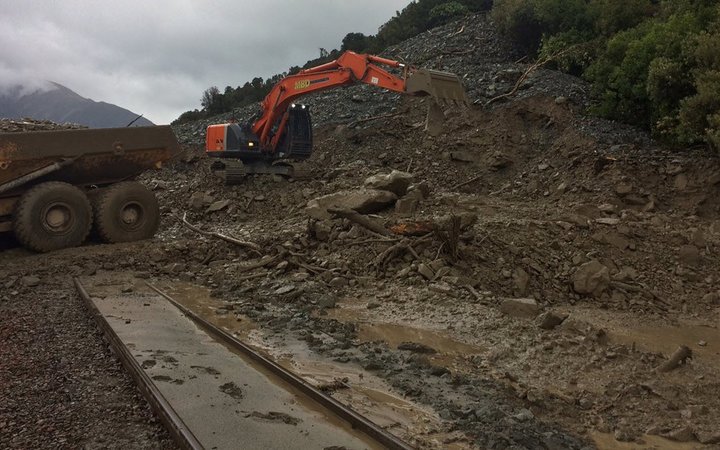 The Transport Agency says the most significant slip is just east of Aitkens, where about 20,000 cubic metres of debris is covering the road. Photo: NZTA

Heavy rain and severe wind on Thursday caused the slip, which yesterday isolated Arthur's Pass and Otira on State Highway 73. There is now access to Arthur's Pass from the Christchurch side.

Machinery is being used to clear 20,000 cubic metres of debris west of Otira but the job is not expected to be done before Saturday.

She told Summer Report the weather yesterday was horrible.

"Today it's a beautiful day and all we can see is the trucks going backwards and forwards with loads of gravel."

She said it was likely to be a couple of days before the slip was cleared because the amount of debris on the road.

More rain and wind is forecast over the coming days.

MetService said South Islanders will get a short reprieve today, but another deep low was expected to arrive later on Saturday.

Just 14 Otago properties were left without power overnight. Aurora Energy had reconnected about 1500 homes and businesses that lost power in the big storm.