The country's two wealthiest people own the same amount as the poorest 30 percent in New Zealand.

And the richest 1 percent of New Zealanders own 20 percent of wealth, while 90 percent of the population owns less than half of the nation's wealth. 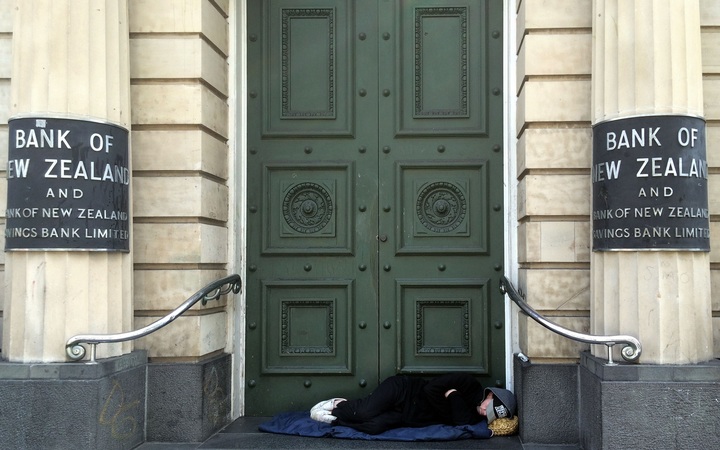 A new study by Oxfam has highlighted the gap between the wealth of individuals. Photo: 123RF

The findings are contained in a study by Oxfam, which forms part of a global report the aid agency plans to release later today.

It cited the country's two wealthiest New Zealanders - Graeme Hart and Singapore-based Richard Chandler, who have an estimated worth of $6.5 billion and $3.8bn respectively - as having the same amount of wealth as the poorest 30 percent of New Zealanders.

Oxfam New Zealand executive director Rachael Le Mesurier said it was shocked to discover the wealth inequity in this country, saying it was trapping huge numbers of people in poverty and fracturing societies, citing the drop in home ownership rates as one example.

"New Zealanders love fairness, not inequality. The government should be tackling inequality here and globally, by cracking down on tax avoidance wherever it is, and using that money to make our country, and the global economy, a fairer place. This wouldn't just be the right thing to do, a more fair economy would also be simple common sense and enormously popular with New Zealanders," she said.

The Oxfam research highlighted the gap between the wealth of individuals, rather than disposable incomes.

Yet figures from Inland Revenue's high wealth individuals unit found more than a third of this group declared income less than $70,000 in 2015. The 252 individuals were linked to 7500 entities, some of whom are in dispute with the agency over nearly $111m in tax.

He said Labour would look at the overall tax system against the principle of fairness.

Finance Minister Steven Joyce said it was inevitable some people would be more successful than others.

There would always be inequality, but what was important was that everyone had the opportunity to get ahead in life, he said.

Oxfam is not the only organisation to measure household incomes. Every year Statistics New Zealand publishes its Household Net Worth Survey.

The 2015 survey, published in June last year, found the country's household wealth was concentrated in the top 20 percent of households, which held about 70 percent of total household net wealth.

It found the median total net worth was $289,000 and was comprised of houses, investments in shares and other equity.

It also found an individual's net worth increased with age. Those aged between 15-24 years had the lowest median net worth of $1000 while those aged over 65 had the highest of $288,000.

Oxfam said New Zealand's findings were consistent with other countries where the gap between rich and poor was greater than previously thought.

It blamed big business and the extremely wealthy for the growing discrepancy, saying they fuelled the inequality crisis by avoiding taxes, driving down wages for their workers and the prices paid to producers and investing less in their businesses.

Its report, which was calculated using data from global investment bank Credit Suisse and the Forbes magazine annual billionaire list, was being published to coincide with the annual meeting of the World Economic Forum in Davos, Switzerland.