A Porirua couple who work almost 80 hours a week say they often can only afford to feed their two young children a biscuit at mealtimes. 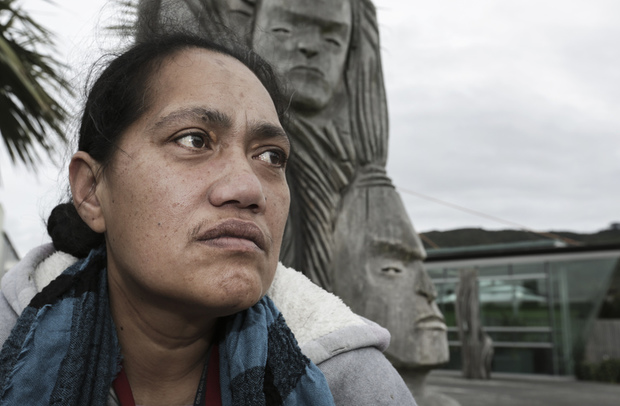 New statistics this week show the gap between the rich and poor is widening, but the government rejects the idea inequality is rising.

Situa Tangatauli works three cleaning shifts throughout the day, starting at 6am and finishing at 11pm.

Her husband is a security guard working in the afternoon and evenings. They are both on the minimum wage of $15.25.

She said she felt guilty that despite them working the equivalent of two full time jobs, they could not afford to give their two young girls the simplest things.

"My oldest one has joined a basketball team and during the school holidays there was a programme and she had to pay $5 each day," she said.

"Some days I had to tell her she has to miss this one because I can't afford to make a proper lunch for you."

On some days she looks inside her cupboards and all she can offer her children is a biscuit.

"I said to them is it alright and they say 'mum it's ok because we know you've been working hard'," she said.

"I know it's not a proper lunch but they accept what I get for them."

Situa mops floors, vacuums and cleans toilets every day as a contractor at two libraries and a pub in Porirua - it is work she enjoys.

For her, it is not a case of wanting a better job, but wanting to be paid what she feels she deserves and what her family needs.

Earlier this year, her power was suddenly cut off.

Knowing her mother was too proud to ask for help, her eldest daughter told Situa's sister and the family chipped in to pay her bill.

"I feel sorry for my kids because that time I didn't have enough hours and there wasn't any cover," she said.

"It's alright for me and my husband as we can go to work and find somewhere to shower, but we had to take my kids to my sister's so they could have something to eat and shower."

She fears this happening again soon as the winter power bills are rising.

Finance Minister Bill English said there were moderate but consistent moves to increase the minimum wage, and there was a range of payments to assist families such as Working For Families.

"It doesn't mean that their life is easy but it does mean there's pretty moderate but consistent progress in lifting our lowest incomes," he told Morning Report.

New Zealand's gap between the minimum and average wage is among the smallest in the developed world. he said.

"We're one of the very few developed countries where a family like that can see the opportunity for better jobs and better opportunities if that's what they want or more support from goverment because we have sustainable government finances.

"If they're a family like that in Australia, that's unlikely." 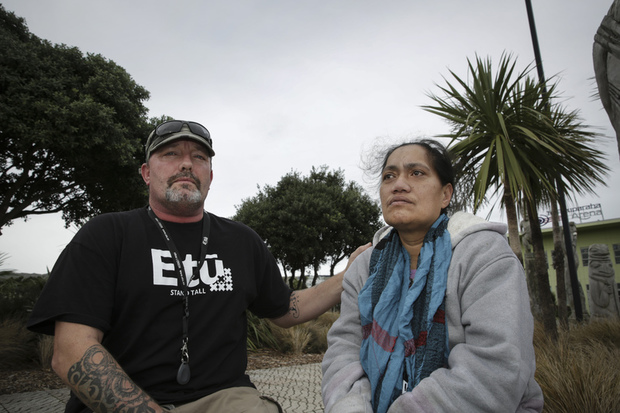 The latest figures from Statistics New Zealand show the top 10 percent of New Zealanders now own 60 percent of all wealth, up from 55 percent five years ago.

Mr English yesterday told Parliament there was no evidence that inequality in New Zealand was increasing.

He told Morning Report today the household wealth proportions had not altered, and the individual proportions in this survey appeared to have changed but two different surveys were being compared.

However, he said, whatever the level of inequality, it was not the right level, and the government was tackling the general problem of low incomes.

"Getting our housing market rules sorted out so low and middle income people aren't excluded from it, consistent increases in the minimum wage the increase in benefit levels ... which is the biggest of its type in 40 years and digging into the long term causes of persistent hardship."

Prime Minister John Key said the figures were consistent over the past 20 to 30 years and matched a growing economy.

For the unions, the Living Wage was the best solution.

The full list of employers who pay workers at least $19.80 an hour will be released tomorrow.

"Situa struggles to find the time to look after her children and that affects all of us," he said.

"Children aren't being provided the proper food to sustain their health. When both parents are working, who looks after their kids? We see the social harm and we want to see change. I will pay more tax to have these people paid a decent wage."

The Wellington City Council is the only council which has agreed to pay its staff the living wage.

The council Situa cleans for, Porirua City Council, has rejected the idea, and is negotiating a lower pay rise for its employees.

But Situa will not see a cent of that as she is employed by the company that holds the contract to clean the city council buildings.