Wellington Airport has trespassed the country's only convicted plane hijacker, as the end of her sentence looms. 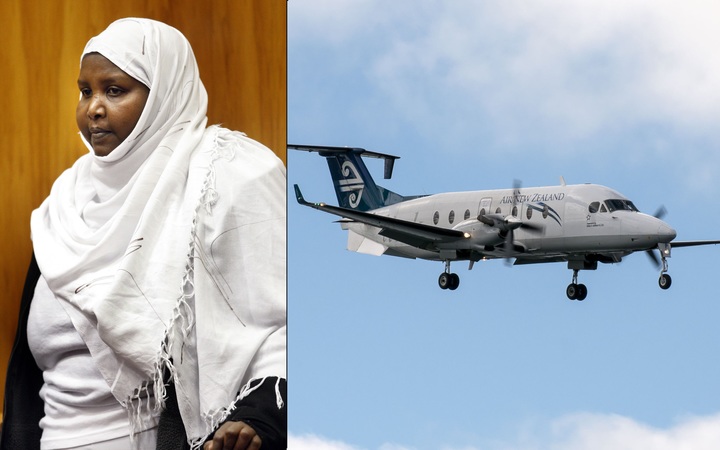 Asha Abdille stabbed both pilots and injured a passenger on an Air New Zealand flight from Blenheim to Christchurch in February 2008.

New information put before the Parole Board in December revealed Abdille, 42, has threatened to hijack another aircraft and set herself on fire.

The Somali refugee is currently held in a forensic unit, and will be put on a compulsory treatment order when her prison sentence expires on 7 February.

A Parole Board ruling from May last year said it was "aware of the psychiatric opinion that Ms Abdille's treatment will continue for some two years or so if not longer".

RNZ News understands she is being held in the Wellington region.

The capital city's airport has now confirmed it has trespassed Abdille from its site.

"In co-ordination with airport police we have a standing trespass notice in place should she be released… and this would be one of many security measures in place within the airline industry," said a spokesperson.

The notice was for a maximum of two years then would need to be reissued.

Christchurch Airport was yet to decide on a similar move but was discussing it with the police, while Auckland Airport said it did not comment on individual cases.

Marlborough Airport, where Abdille boarded for the 2008 hijacking, was also in talks with the police but was yet to make a decision on a trespass.

The Aviation Security Service said: "It's up to the airport companies to make decisions about who they trespass and up to airlines to decide whether someone can't fly."

But a spokesperson, Mike Richards, said since the hijacking "there are now more sophisticated overt and covert security measures in place and closer co-operation with agencies such as the police that would make a recurrence of this type of event highly unlikely".

Both Air New Zealand and Jetstar have declined to comment on Abdille's threats and whether they have a no-fly order against her.

Immigration New Zealand said the Somali refugee could not be deported as her offending occurred more than 10 years after she was granted residence in New Zealand.

Pilots last week said any threat to airline security had to be taken very seriously, and they would maintain a "close watch" on the situation.

Air Line Pilots' Association president Tim Robinson said he was confident health and security authorities would co-operate closely to ensure every measure was taken to protect airlines, their staff and the travelling public.

"The association is assured by reports that Ms Abdille is to be under the compulsory care of the mental health system."

They would work directly with the authorities as appropriate, he said.

Abdille's lawyer, Judith Fyfe, said there would be no comment on behalf of her client, and that was unlikely to change unless there was some benefit to further media publicity.