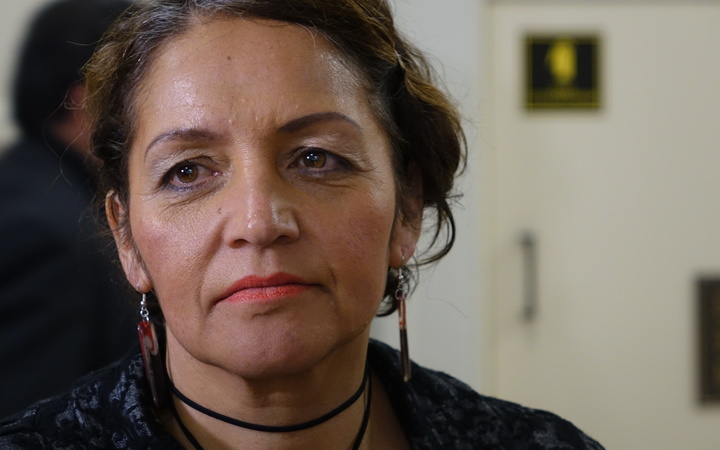 Prime Minister Bill English has said he would not attend the annual event this year because he had not been granted speaking rights at the Powhiri.

Waitangi Marae chair Ngati Kawa Taituha said in a letter to the Prime Minister's chief of staff Wayne Eagleson that Mr English could speak at an event after the powhiri.

But Mr English has said he would not go and this decision respected New Zealanders who wanted to be proud of their country.

"A lot of New Zealanders cringe a bit on Waitangi Day when they see the way the ceremonies and welcomes have been conducted and type of protests in recent years and I'm pretty keen we have a day where we're proud of it."

Mr English did not name which events he thought were cringe-worthy.

A number of activities and protests over the years give the day a bad name, he said.

"There was a time where protest at Waitangi was nationally relevant - 15 or 20 years ago - but that time's passed since we've made so much progress on relations with Māori and with Treaty Settlements."

Political discussion at Te Tii Marae is now really about Ngāpuhi issues and their own concerns in Northland, but it's a national day, he said.

The co-leader of the Māori Party, Marama Fox, said Mr English would not want to cause offence.

"If there's any confusion about coming on and being invited or about whether he's allowed to speak, then he'd not want to offend and he'd probably like to avoid the whole thing so I understand the decision.

But Ms Fox is surprised by Mr English's comments about the public's alleged view of the day.

"I'm disappointed in those comments - I think they're unfortunate."

"I do think many New Zealanders, while they might think that, that is largely because they don't understand Māori protocol, still however, it's the Prime Minister and if it was me I'd be there.

Ms Fox said the Māori Party is not the Māori arm of the National Party and they will be at the ceremony.

Waitangi has always been a place of protest and will remain so, she said.

One of the kaumātua of Te Tii Marae in Waitangi said Mr English's decision was a slap in the face.

Rihari Dargarville - who was also a senior National Party member - said he was disappointed at the Prime Minister's decision to attend an iwi leaders hui in Waitangi but snub proceedings at the marae.

"I'm disappointed and angry about the process because the government have been coming here now since 1972. Irrespective of all the political issues we've had, the Crown and Government have always be welcomed to Waitangi."

Mr Dargaville said he knew nothing about the letter sent to the Prime Minister's office which offered Mr English an opportunity to to speak at the marae after the pōwhiri.

"I'm upset that discussion has happened without us, it is disappointing and frustrating."

Mr Dargaville said he and other kaumatua of Te Tii Marae knew nothing about the letters.

"Therein lies the breakdown, a young fella asserting his chairmanship to actually trample on us the taumata, the elders here and our rights to engage with the government, it has always been the case and should continue that way."

Mr Dargaville said there was likely to be a hui at the marae to discuss the letter to Mr English and his decision not to come to Te Tii marae.

He would like Mr English to reverse his decision.

"I think we are going to be meeting, I will continue to pursue this matter up until the last minute."

A question of protocol

There were protocols on marae that must be honoured, just as there are rules to adhere to in Parliament, he said.

"The purpose of the marae is to welcome people and then rub noses and that we can actually become friends.

The government is meant to be a partner to Māori, bound by the Treaty of Waitangi, Mr Taurua said.

"Unless of course that doesn't apply anymore.

"If it doesn't then be honest about and throw the damn thing into the sea and let it drown."

If Mr English doesn't show at the marae, Mr Taurua has said he will refuse to engage in Treaty discussions with him again.

Labour Party leader Andrew Little said it was the one event the Prime Minister should attend.

Pulling out of the powhiri and the dawn service was a failure of leadership, Mr Little said.

"He ought to have speaking rights where ever he goes - he is the Prime Minister, he is the leader of the nation.

"He should back himself and his ability, once he gets onto the marae and powhiri's onto it, to get up and speak.

"He should then be clearly available for what happens on the sixth of February cause that's where the real leadership is required and where he needs to lead the nation."

Mr English has said he will spend Waitangi Day in Auckland.