Police have named the man who was shot three times by a member of the Armed Offenders Squad (AOS) after threatening officers with a loaded sawn-off shotgun in Whanganui last night. 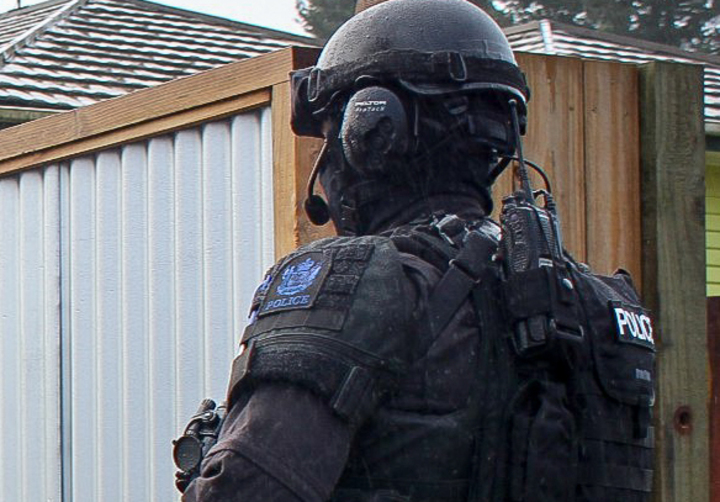 File photo: The man was shot by a member of the AOS. Photo: Supplied / NZ Police

Upper Hutt man Savey Kevin Sous, 32, died in hospital after being shot three times in the torso and arm when confronting police after a domestic incident.

Police were called to a family violence incident on Mitchell Street in the suburb of Aramoho shortly after 7pm yesterday, after reports from a woman who said that her partner had assaulted her.

Police spoke to Mr Sous and the woman at the address, and said the woman had visible injuries.

When Mr Sous was told he was under arrest, he told the officers to "step back", and pulled out a hidden, loaded sawn-off shotgun and pointed it at the unarmed officers.

Police retreated and set up cordons, and the woman was also able to safely leave the address.

The Armed Offenders Squad was called and Mr Sous was confronted at the rear of the house.

Ignoring requests to put the weapon down, Mr Sous walked to the front of the address, where other members of the AOS were present.

When he pointed the weapon at them, a member of the squad shot him three times in the torso and arm.

Police provided immediate first aid at the scene, and Mr Sous was taken to hospital in a critical condition, but died at about 9.45pm.

In a statement released this afternoon, police said it was a tragic outcome.

"No police officer comes to work wanting to end up in a situation where lethal force is necessary. In all situations, police training is focused on resolving the situation with the least amount of force necessary.

"Firearms have been and will always be a last resort."

An internal investigation has been launched and the Independent Police Conduct Authority has been notified.

Mr Sous' death has also been referred to the Coroner.

Police said the woman who called 111 was receiving assistance from police and Victim Support, and was also being supported by family members.

Cordons around the Mitchell Street property have now been lifted.