More than 3000 doctors around the country are set to strike again in the New Year, after negotiations over rosters stalled before Christmas. 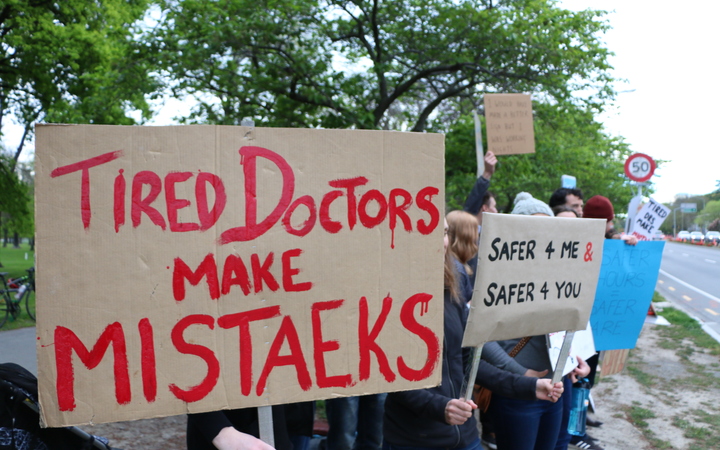 Junior doctors held a 48-hour strike in October, saying rosters were unsafe and demanding 12 consecutive days of work be reduced to 10.

The District Health Boards (DHBs) agreed to the reduction, but the New Zealand Resident Doctors' Association said negotiations came to a standstill shortly before Christmas.

"We've given the DHBs our membership lists so they can plan for the strike, and there are over 3000 members [of the Association] that are on that list, so you can expect around 3000 doctors to take part in this action," she said.

Dr Powell said she hoped the DHBs would act before then.

Dr Powell said it was important doctors got a clear idea of how the rosters would work, and if they allowed for proper recuperation.

"The issue is the same [as October] it's just about how to really nail this down. So for instance, when will time off be? Will it be recoperative and meaningful for the doctors or will it be just time they can't usefully spend?

She said recent suggestions by the DHBs surrounding how doctors are covered on their day off was concerning.

"Previously we had agreed the doctors taking days off would be replaced by another doctor, but the DHBs are now suggesting that some of those that remain on duty should pick up the work of the missing doctor in addition to their normal workload, but that just means safer hours, with unsafe workloads."