Talks between junior doctors and their district health board employers over rosters appear to have broken down. 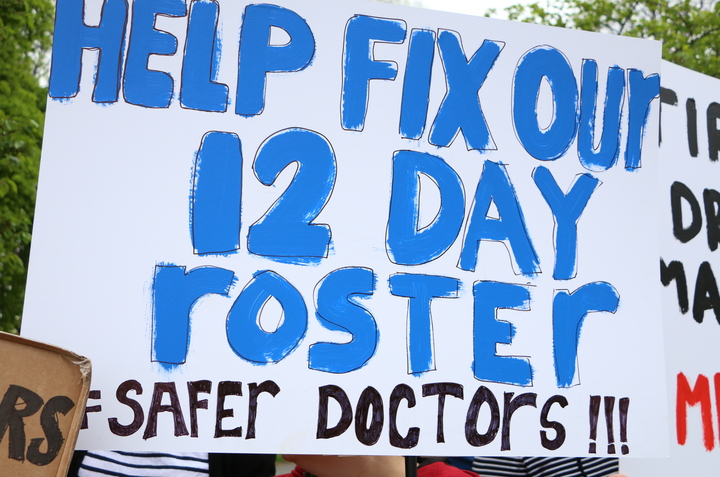 RNZ understands the doctors are voting on a possible second strike in the drawn-out row.

Junior doctors held a 48-hour strike in October, saying rosters were unsafe and demanding 12 consecutive days of work be reduced to 10.

The boards agreed to the reduction, but both sides have been unable to agree on other key details in the complex roster system.

Neither side is commenting, but sources say a new strike ballot is under way with a result expected within the week.