Hundreds of members of the Tongan community filled an Auckland church with song and prayer last night to remember the two people who died in a bus crash near Gisborne on Christmas Eve. 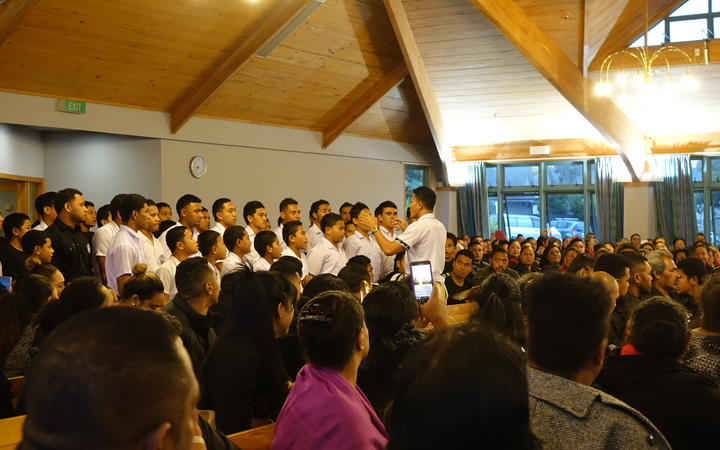 The church was packed with family, friends and members of the wider Tongan community. Photo: RNZ / Sarah Robson

Fifty-three people were on the bus when it plunged down a steep bank killing Sione Taumololo, 11, and Talita Fifita, 33.

The pair were part of a group of school students and band members who were in New Zealand on a four-week fundraising tour.

Family, friends and members of the wider Tongan community were among those who were at the memorial service at the Tongan Methodist Church in Grey Lynn.

Many of those who were on the bus when it crashed were also there, and a number of them had visible injuries.

Some of them wore black armbands, and members of the school's choir and brass band performed. 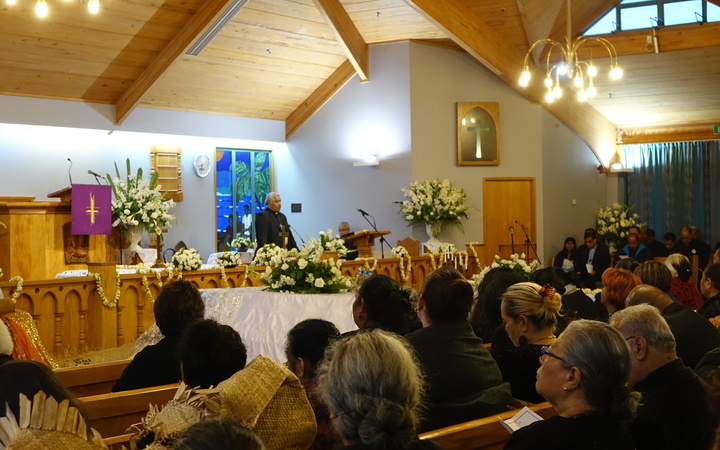 The bodies of Sione and Ms Fifita lay in caskets draped in white cloth and adorned with flowers in front of the church altar.

The president of the Methodist Church of New Zealand, Reverend Prince Devanandan, was among the church leaders who paid tribute to them.

"They came joyfully to this land to celebrate, to do their part for the school they were serving, but they are going back in this unfortunate way from us," he said.

The bodies will be returned to Tonga on Saturday while the remaining band members will continue their fundraising tour through to 10 January.