Three homes have been evacuated as a precaution, as firefighters continue to extinguish a large scrub fire in Dunedin.

The scrub fire on Signal Hill near Butts Road broke out at about 2.45pm and was fanned by strong winds. 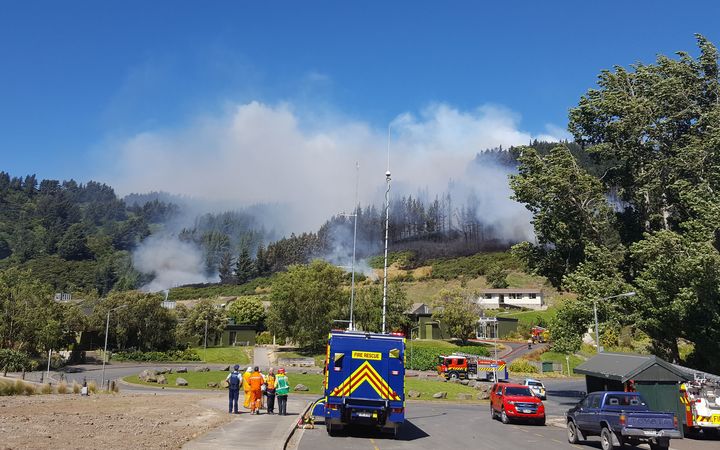 Eight fire crews and five helicopters have contained the blaze and are working to extinguish hot spots.

The Fire Service said the blaze was about 400 metres wide at one point.

Police said the residents of the three homes oN rimu Street that were evacuated should be able to reutrn to their homes tonight.

Police have warned residents in the suburb of Ravensborne to be ready to evacuate, if the wind changed and the fire spread over the hill.

Road closures will be in place overnight near the fire scene to ensure emergency services can go about their work and people are safe.

Butts Road from Dundas Street/Harbour Terrace, through to the end of Butts Road where it meets Union Street will remain closed, as will Logan Park Drive. 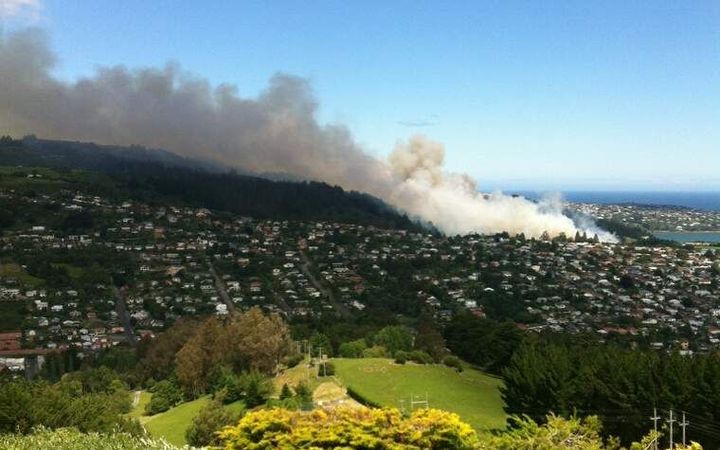 The huge scrub fire on Signal Hill on the edge of Dunedin could be seen from across the city. Photo: Supplied

Ravensborne resident Jane Gregory, whose family lived close to the tree line, said her family were still ready to go if they got the signal.

"We had two or three visits from police, just warning us if we heard them coming round with their sirens on, that that was our signal to evacuate. So we've all packed our bags ready for an overnight stay somewhere and made sure we've got our valuables with us, got our passports and anything else that we thought worth taking just in case."

She said they would had their bags packed for a couple more weeks, in case the fire flared up again, after the same thing happened in 2008 in the same place.

"We were woken up at four in the morning and we weren't allowed back until late that day.

She said she was first alerted to the danger by the smell of smoke, which was billowing into the air.

"It was thick black with orange at its base, which made me think that the flames might be near the ridge, which was what I was concerned about, because once it gets over the ridge and the wind picks it up it could come straight to our house.

The Fire Service said it did not believe the fire going over the hill was now a concern, but firefighters would remain overnight.

The fire - which could be seen from most of the city - broke out at the rear of Logan Park High School.

Cordons were set up and motorists were asked to avoid the area if possible.