The man missing with his 6-year-old daughter on a catamaran is an experienced and capable skipper, say police.

But police still said they had grave concerns for the welfare of Alan Langdon, 49, and Que Langdon, 6, who left Kawhia in the Waikato 10 days ago. 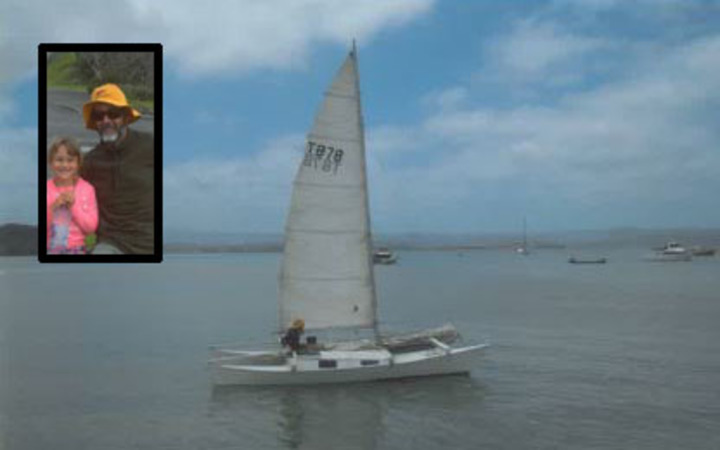 Alan and Que Langdon have not been heard off since they set off on the catamaran on 17 December. Photo: Supplied / NZ Police

The plane left at 6pm this evening, searching six nautical miles off the coast from Mokau to Port Waikato, including both the Kawhia and Raglan harbours.

Police said there was no sign of the catamaran and the search has now been completed with no plans for another flight.

Sergeant Warren Shaw, of Waikato Search and Rescue, said the pair were possibly heading for the Bay of Islands, and had not been heard from since.

Mr Shaw's team and the Auckland Maritime Unit were continuing their inquiries.

He said Mr Langdon's daughter also had experience on boats.

Mr Shaw said the police had received a number of calls from the public with information, and they are still appealing for sightings.

Coastguard Radio had broadcast all stations calls asking for sightings.

The pair left Kawhia Harbour in the Waikato on 17 December and were headed for the Bay of Islands.

The police said their family has had no contact with them since they left.

A Waikato harbourmaster, Chris Bredenbeck, who saw their catamaran leave Kawhia, said boats should be equipped with VHF, an emergency beacon and be in regular contact with coastguards.

He saw them leave at high tide when the weather was fine, although there had been high winds in the last few days.

Such a trip, travelling fairly directly, should only take a few days, he said.

The boat is described as a white catamaran, 6m in length and with the ID number T-878 in large lettering on its sail.