A Canadian woman has been barred from entering the country after trying to smuggle her cat into the country inside her handbag. 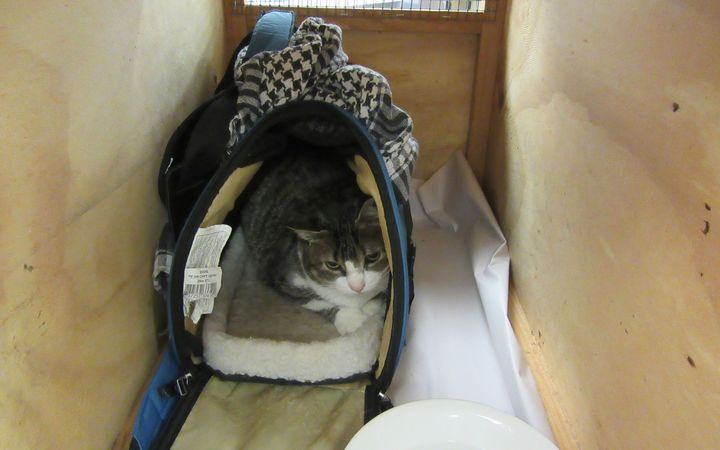 The smuggled cat, shortly before its return to Canada. Photo: Supplied / MPI

Ministry of Primary Industry spokesperson Craig Hughes said the woman only declared her dirty boots when she arrived at Auckland Airport from Vancouver yesterday.

But authorities found a cat, hidden in her handbag.

The woman only admitted smuggling the cat when staff tried to x-ray her baggage and subject it to further biosecurity checks.

Mr Hughes said the woman was refused entry into New Zealand and she - along with her cat - were put on the next flight back to Canada.

He described the smuggling as a "deliberate and very stupid" attempt that could have introduced pests and diseases into the country.