The passenger bought the crabs from a local market in Samoa and declared them as food when he landed at Auckland Airport earlier this month, the Ministry for Primary Industries says. 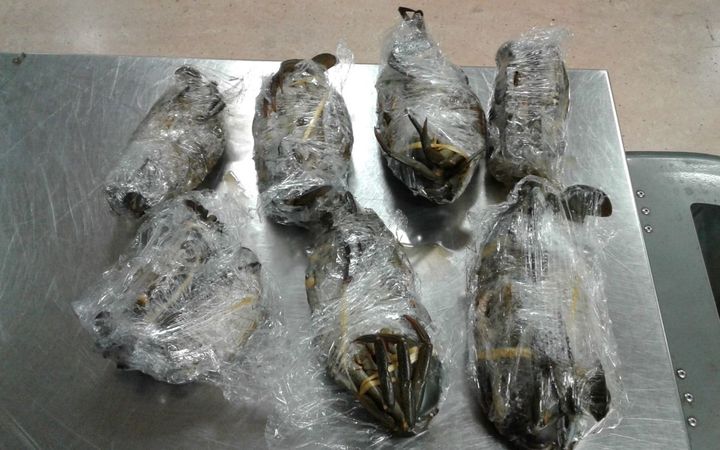 The crabs had been bought in a market in Samoa and the passenger declared them on arrival at Auckland Airport. Photo: Supplied / MPI

"The officer emptied the chilly bin and noticed one of the bundles move. Upon opening the wrapping, he found the crabs were bound in twine and were very much alive."

Bringing live marine products into New Zealand for consumption was prohibited, he said.

"The crabs could have been released into New Zealand waterways. They could have harmed local marine life and introduced unwanted diseases - so we're talking about a very real biosecurity threat."

Mr Hughes said dead crabs were often being brought through the border, but live ones were fairly unusual.

"The good thing here is the passenger declared the crabs, saving herself a fine and doing her bit to help protect New Zealand's economy and environment."

The crabs were killed.