Schools are so desperate for physics teachers that one new graduate was offered a job at an Auckland high school within six hours of applying for it.

Jenna Bone is one of about 20 physics teachers who have graduated from universities around New Zealand this year, ready for 2017.

The 23-year-old Otago University student is passionate about physics and can't understand why other people are not keen on the subject. 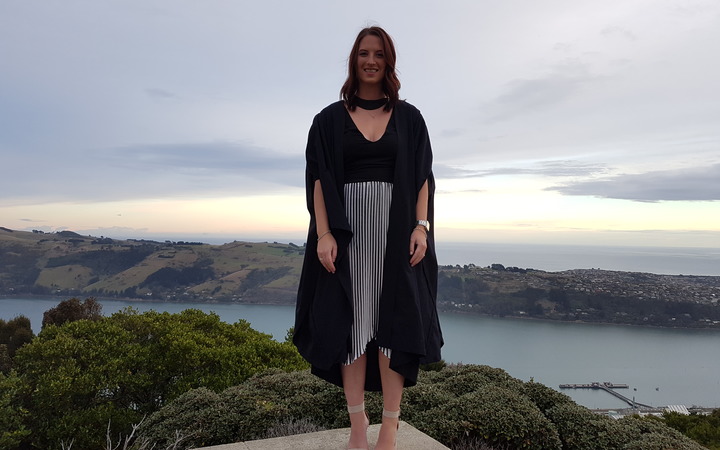 "It's seen as really boring or really difficult or irrelevant or only for a certain group of smart kids, which I find ridiculous because physics to me is the most applicable, relevant science you could ever study.

"Everything in the world and how everything works is physics."

Her aim was to move to Auckland and find a job for the start of next year but it happened quicker than she thought when she applied to Mount Albert Grammar School.

"Had the Skype interview at lunchtime till about 12.30pm and they offered me the job at the end of that. So that was probably about quarter past one."

She said there was one other trainee physics teachers in her class at Otago, and he had been snapped up by a school in Dunedin.

Ministry of Education and the Education Council said they did not have up to date information on how many new physics teachers would be graduating nationally ready for 2017.

Both agencies suggested contacting each of the nine institutions that train teachers in New Zealand and asking them for their number of physics graduates.

That response did not surprise the President of the Post Primary Teachers Association, Angela Roberts.

She said the Ministry of Education should be collecting data if it hoped to fix the problem of teacher shortages.

"Someone should start taking responsibility for workforce planning. They have left it to the market and now it's a complete mess," she said.

"One of the clear messages from the work we did with the ministry in the first half of this year, one of the clear recommendations was that all of the agencies - the universities and the ministries amongst others - should be talking to each other.

RNZ contacted the majority of the institutions that teach secondary school teachers and received responses from seven.

Auckland University of Technology had no newly-qualified physics teachers this year graduating this year, but will have one next year.

Massey, Otago and Victoria Universities had two graduating this year, while the New Zealand Graduate School of Education had three.

The total was 19 new physics teachers for New Zealand, which the President of the Secondary Principals Association Sandy Pasley said was not enough.

Ms Pasley said a national workforce planning meeting in October was a good start, but it was critical the ministry started collecting the data.

"We need to know what subject areas are being trained so schools and the ministry can make sure that they've got adequate teacher supply."

In a statement, Ministry of Education acting head of student achievement Karl Le Quesne said: "Each secondary school makes decisions about the courses they offer and their staffing needs each year."

"Our role is to monitor the bigger picture of trends in teacher demand and supply. We get a picture of this through the vacancies that schools advertise. We monitor trends in vacancies nationally, regionally and by subject."

"We do want to get a richer picture of changes in demand and supply. We are developing plans to collate data on how many teacher trainees are currently studying, what subjects they are specialising in, through to graduation, teacher certification and employment in schools."

Angela Roberts from the PPTA was also worried that in the future retaining graduates would become an even bigger issue as the economy improved.

"There is competition for secondary teacher's skills so it is much more easy for them to move back out of teaching because we have pay and conditions that aren't the same as other industries," she said.

Mount Albert Grammar's new physics teacher, Jenna Bone, is all too aware of the temptation from industry but is committed to teaching.

"I find it really exciting to see someone get interested in something and want to know more and go further with it."

When she starts in her classroom next year, she'll be hoping to inspire students to see physics as a creative, fun subject - not just something the smart kids do.