Auckland schools are struggling to replace older teachers as they leave, with New Zealand facing a 3000-teacher shortfall within 15 years, warns a senior Massey University tutor.

Graham Jackson, carried out a survey of primary school teachers, which found older teachers outnumbered young teachers and the situation was particularly bad in Auckland.

Mr Jackson said that meant there were not enough young teachers to replace older teachers as they retired.

He said the problem would be worst in Auckland, because house prices were making it harder for schools to attract teachers. 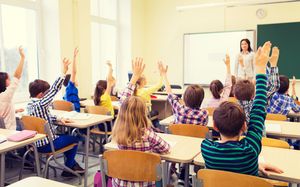 Mr Jackson told Nine to Noon that Auckland principals had told him that they were finding it harder to fill vacancies.

"A principal that I spoke to said that he was not getting overseas applications, whereas in the past he had. He also wasn't getting applications from beginning teachers. And on top of that he'd had six of his staff - experienced, quality staff - leave Auckland because of house prices in the past 18 months."

Mr Jackson said Auckland schools had told him that they used to get about 100 applications for every job they advertised, but that had fallen to just two or three applications per job, and eight schools told him they had no applicants at all for jobs they had advertised.

He said the quality of education would suffer if schools could not hire enough teachers.

Auckland Primary Principals' Association president Diane Manners said the staffing situation had been getting progressively worse in Auckland and was now "quite severe".

"We do have a major problem," she said.

She said schools were being forced to have larger classes, use senior managers as teachers, create job-share positions and persuade older teachers not to retire.

Ms Manners said house prices were part of the problem, and some mid-career teachers were leaving Auckland for other centres, where they could afford to buy a house.

She said the Association was meeting with the Education Ministry to discuss the problem and more needed to be done.

Ms Rodgers said more people, including teachers, were staying in the workforce past the age of 65.

Ms Rodgers said there were enough teachers in the education system overall - they were just not necessarily in the places or subjects where they were needed.

The ministry said unlike other parts of the country, Auckland had nearly equal numbers of younger and older teachers, with 3495 in the 25-34 age group and 3680 aged 55-64.

But Mr Jackson said the number of teachers in the younger cohort in Auckland was not sufficient to replace the older group, as many young teachers would leave the profession for other careers.