More than 100 residents of a Wellington apartment building, who were evacuated following the Kaikōura earthquake, are being given 20 minutes' access to their homes - and goldfish - today. 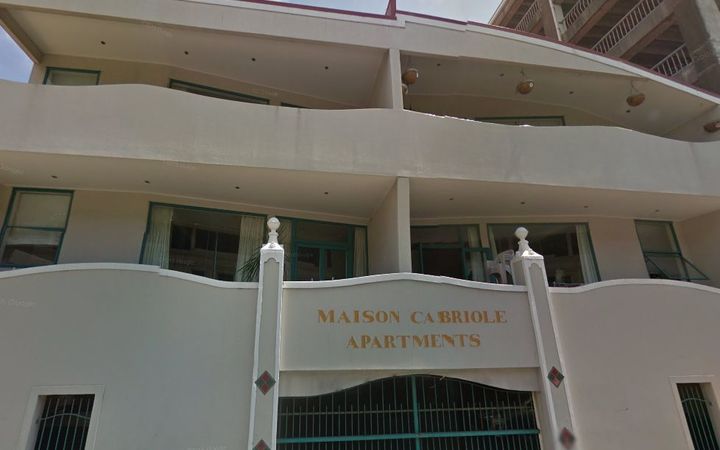 The Maison Cabriole apartments, near Courtenay Place, have been behind a cordon since a nearby parking building was found to have structural damage following the magnitude 7.8 quake on 14 November.

The carpark is set to be demolished.

In the short time Brittany Godderidge was given to retrieve essential items such as clothing and documents, she also rescued her two-year-old goldfish, Sir Swimsalot.

"He hasn't been fed for a month, but he's still alive," Miss Godderidge said. "[The tank] was gross. It was green and slimy and smelly, so that's a big cleaning job now.

"When we first got evacuated we only got told it was going to be two days, so we grabbed small things for only two days and then the next day we were told two weeks, and then it was four weeks, now it's an extra three months." 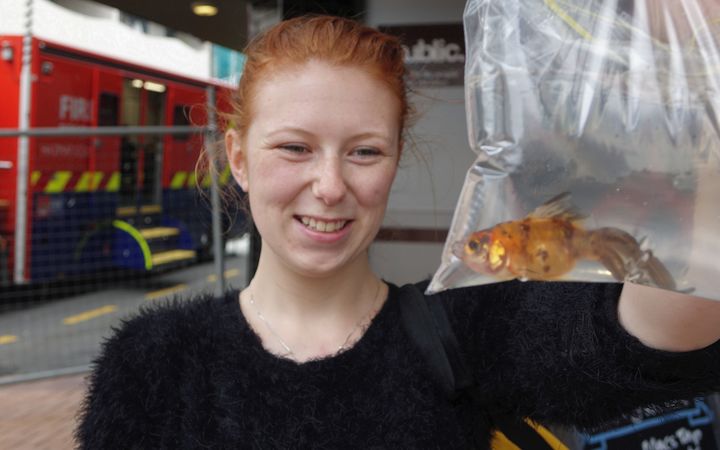 Brittany Godderidge and Sir Swimsalot, who survived a month without feeding after the quake. Photo: RNZ / Michael Cropp

This time, she grabbed more clothes, her laptop and documents.

"It has been hard not having what you need - silly things like birth certificates and stuff, you don't think you need it but then you go for an interview and you [do]. It's just the little things like T-shirts, shorts and even underwear," she said. 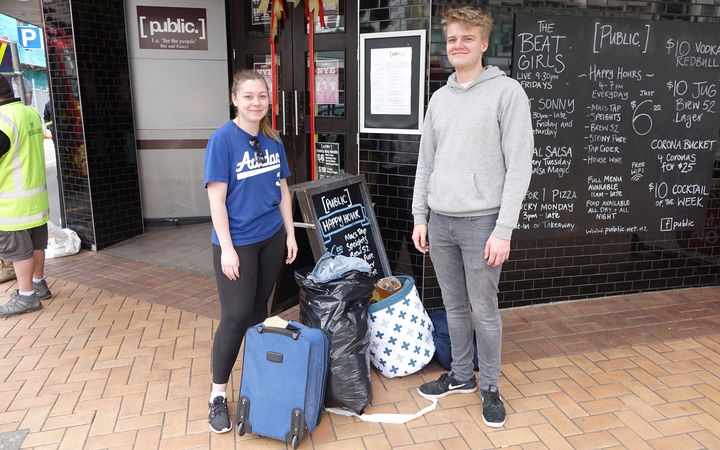 Finn Wardle and Hayley Simpson after grabbing what they could in their short return home. Photo: RNZ / Michael Cropp

Residents met with the Wellington City Council yesterday, and were told they might not be able to go home until the end of March.

"The disruptions to people's lives meant that we wanted to get on and get them in with the support of Fire Service as soon as we could," the site manager, Phil Becker, said.

Mr Becker said residents were given access in stages from 9am, and were being given 20 minutes to get their stuff.

Mr Becker said he hoped to get a crane to the carpark this Friday for work to begin, and a machine being used to demolish 61 Molesworth St was likely to be available from 28 December.

The plan was for demolition to begin on 4 January, he said.

"That's subject to what the demolition crews and engineers find along the way, but that's the work plan at the moment," he said.

A cordon around 61 Molesworth St was reduced this morning, as demolition work continued.

The right hand lane of the street had reopened for cars and pedestrians.

Full access to, and occupation of, 100, 102 and 118 Molesworth St and the internal section at the rear of the Wellington Cathedral were also being allowed.

Freeman's Bookshop is among the stores nearby that have been closed since the quake. 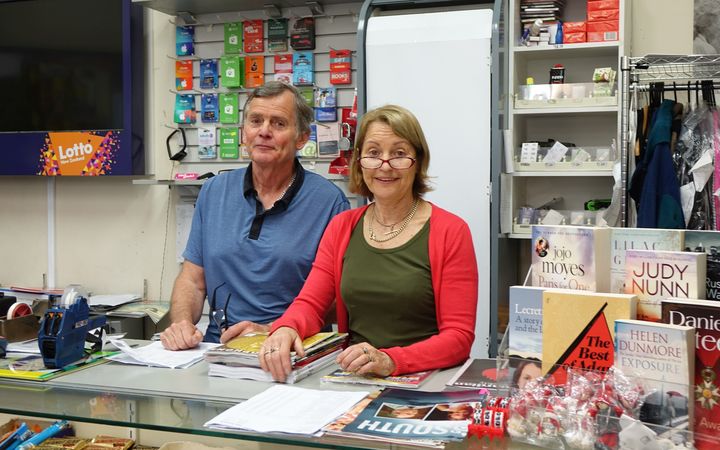 Tony and Lorraine Freeman at their bookshop, which has reopened after last month's quake. Photo: RNZ / Michael Cropp

Owner Lorraine Freeman said it had been a quiet morning and she hoped sales picked up soon.

"The worth thing is because we have a lot of Christmas stock in here and it all arrives in November and it's due for payment in December, but we don't have the December sales to pay for that stock."

Mrs Freeman said they had lost tens of thousands of dollars in the closure. 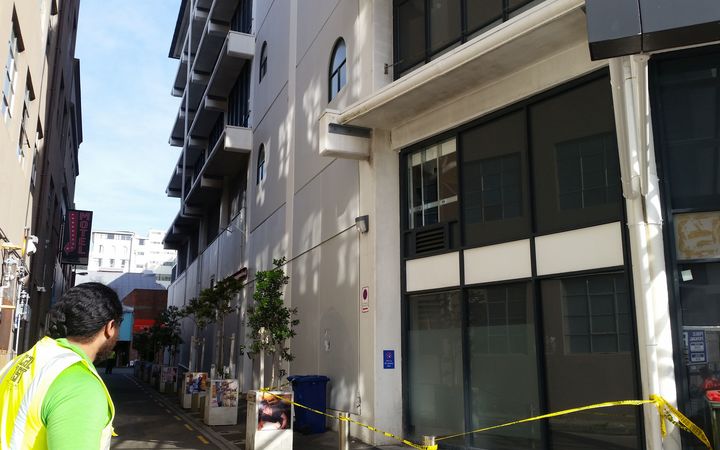 ANZ staff forced out of offices

Meanwhile, ANZ staff were evacuated from their Tory St offices today over fears concrete panelling on the building could fall off.

The council said it had put up a temporary cordon across Forresters Lane, and it was considering whether it would need to extend it to include surrounding businesses with fire escapes leading into the lane.

A spokesperson said engineers had taken a close look at the large concrete panels, and have told the council there were problems with the fastenings attaching them to the building.

He said temporary work to secure the panels has already begun and firm decisions on the cordons should be made this evening. 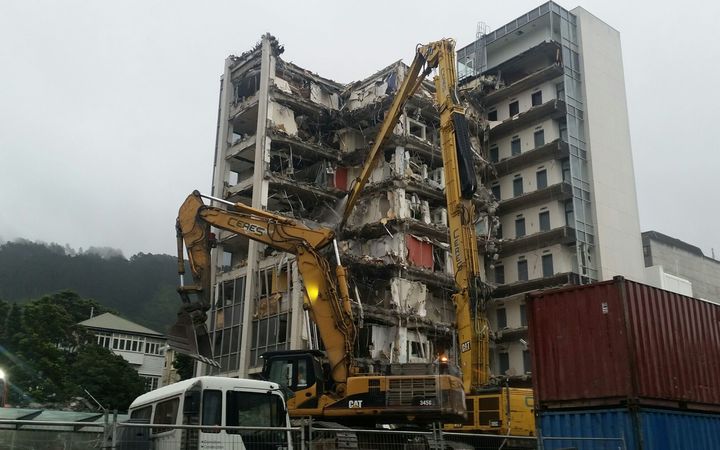 61 Molesworth St is being demolished after being damaged in last month's earthquake. Photo: RNZ / Adrianna Weber

The removal of the cordon on Molesworth St means St Paul's Cathedral will reopen in time for Christmas.

Dean Reverend Digby Wilkinson told Morning Report he was relieved to have the cathedral open for their busy period.

"Usually this whole advent period is a big time for us so it's been a fairly massive disruption having to leave the building."

He said the cathedral's biggest events were its Christmas Eve and Christmas Day services.

Reverend Wilkinson said the cathedral's pipe organ has been damaged in the quake, so they had replaced it with an electronic one while it was fixed.