A study has found evidence of widespread exploitation of migrant workers, with some working up to 18-hour shifts and being paid as little as $4 an hour and in some cases nothing at all. 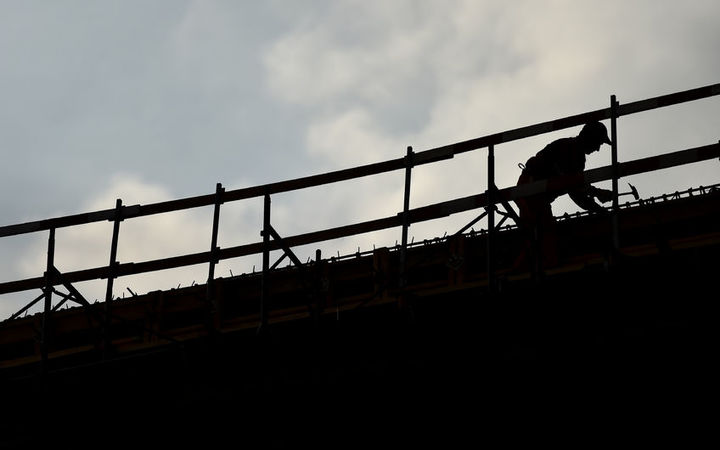 Construction workers were among those included in the study. Photo: 123RF

More than 100 immigrant workers, most of whom were on temporary visas, were interviewed over two years for the Auckland University study.

The lead researcher, Dr Christina Stringer, studied the work and living circumstances of workers in construction, dairy, fishing, horticulture and viticulture, hospitality and prostitution, as well as international students.

She said the findings put New Zealand's reputation at risk and were a serious human rights issue.

One interviewee recounted: "I went to IRD, I went to Labour Department, I went to Immigration, everywhere, to complain against these guys ... but no-one is doing anything."

The study found the cash for residency scheme, where immigrants pay for jobs that will qualify them to settle permanently in New Zealand, was becoming increasingly normalised.

It said temporary immigrants were often controlled by threats of being reported to Immigration New Zealand or not getting another job.

Some interviewees reported receiving no wages for trial periods and others said they had to pay their wages back to cover the employer's inflated costs for accommodation, food and transport.

Anecdotally, there were accounts of immigrants working on roadside fruit stalls in Auckland who were paid as little as $20 for 10-hour days.

"I would say in some industries [worker exploitation] is quite widespread. There are a couple of industry sectors which are problematic, for example hospitality and horticulture." - Dr Christina Stringer, lead researcher 2 min 49 sec

Other issues included employers not passing on their staff's tax payments, refusing holiday pay, and immigrants being punished for taking sick leave. Some lived in overcrowded conditions, sometimes with nine to a room.

The report said: "Some of those who were grossly underpaid accepted their situation at the time as a norm, because they had been promised residency.

"Some of those interviewed had tried to seek help but experienced difficulties in doing so. Some went to MBIE but as they did not have an employment contract, MBIE was unable to assist.

"One worker complained several times to the Ministry of Business, Innovation and Employment (MBIE), but the employer denied knowing her. As she did not have a contract, she was unable to refute her employer's allegations.

"Another commented, "They always trust the employer."

The report's 11 recommendations include creating a human trafficking office, which would co-ordinate enforcement action and act as a first port of call for victims, and to fund more research.

It also wants the government to agree with other countries on ways to limit recruitment fees and draw up standard employment contracts, ensuring passports are not confiscated and requiring all immigrant workers to do a country induction shortly after arriving in New Zealand.

It asked the government to speed up a plan of action to prevent people trafficking and revisit its human trafficking legislation to see if it allows for effective prosecutions.

"You get into this area where people have been abused, there has been restriction of movement, salve-like conditions in terms of where they're living and often not getting paid." - Peter Mihaere, Stand Against Slavery 5 min 4 sec

An anti-slavery organisation said it is not surprised by the findings of the study.

The chief executive of Stand Against Slavery, Peter Mihaere told Morning Report the study confirms that some workers are neglected and abused, and others are the victims of human trafficking and slavery.

"If you take exploitation, which this study has really focussed in on, if that's left unchecked, there is evidence globally that that will end up in the worst forms of exploitation that is slavery and human trafficking. So is there human trafficking, is there slavery in New Zealand? Yes there is."

But Immigration Minister Michael Woodhouse has played down the "unscientific" study.

He said it only showed a small shapshot and the Labour Inspectorate was well resourced and on top of the problem.

"We have been aware of isolated incidents of migrant exploitation and the sorts of things the report has highlighted - we've been acting on it," he said.

"We've changed the law, we've beefed resources, this adds to our knowledge, but I don't think it's anything new."

He said most employers knew the huge risk they faced by breaking the law.

"Relative to the number of people on migrant visas [the situation] isn't getting worse," he said.

"But I'm not naive enough to think this isn't occurring and that's what the report has highlighted."

He said he talked to people in migrant communities, telling them that should they complain, and it did not mean they would have to leave New Zealand.

But Anu Kaloti of the Migrant Workers Association said the message is not getting through.

"They don't want to jeopardise their work visa that could potentially lead to permanent residency," she said.

"That's why they stay quiet and put up with whatever comes their way."