People ignored by choppers following the Kaikōura earthquake are warning the same thing will happen in the next disaster unless Civil Defence improves. 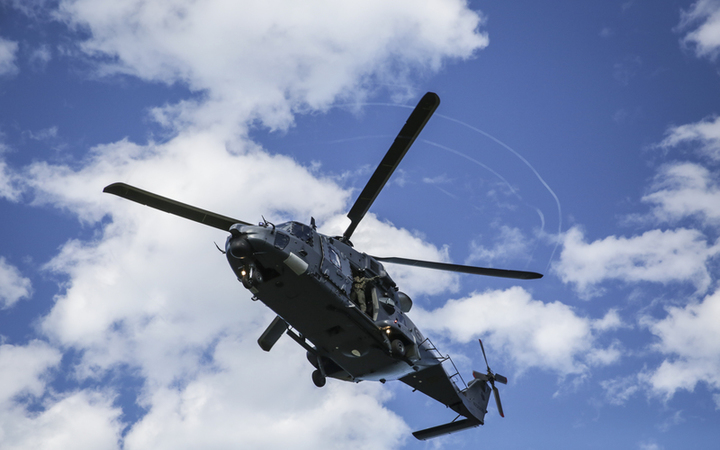 There was no way of getting in touch with the farm because all communications were cut by the 14 November earthquake.

She said it was difficult to imagine what would have happened if she, or her husband Rick, had been hurt it.

"It would've been pretty severe because we couldn't drive anywhere - this great rift was right through the drive. I hate to think what would've happened if one of us had been injured.

"I guess we would've tried to flag down a helicopter with a red blanket or something."

They were able to walk to a neighbouring property. The first chopper landed 36 hours after the quake, only because it was bringing their daughter back early from leading a rafting trip halfway up the Clarence.

On the opposite bank of the Clarence, James Murray had 40 locals gathered at his farm on high ground.

Although dozens of aircraft flew over, not one stopped for days.

"All these choppers around, and I think, you know, in hindsight if Civil Defence had put a chopper out and gone to certain points, they would've found out pretty quickly how people were, if there was anybody hurt," said Mr Murray.

"Because if there was someone hurt here we were buggered, because you couldn't go anywhere and we had no communication so, yeah, we were had it, and that's something that really needs looking at in my book." 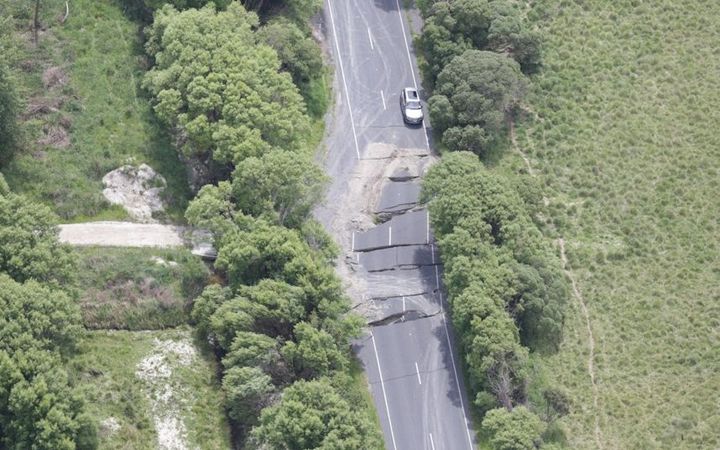 Yet further up the Clarence, beyond a failed bridge, many choppers were stopping in and locals began to question if the response was being co-ordinated at all.

Ms King said it was unclear "what chopper was what and who was doing what".

To the south, Alastair Trewin ended up with two red-stickered houses and another marginal one at his quad bike adventure base beside State Highway 1 in the hills towards Hundalee.

He said Kaikōura was the focus, though it had a functioning hospital, and it was quickly established who was hurt there.

"It was a couple of days before we even had anything. I mean there're helicopters flying over, there was all that sort of stuff going on, but there was absolutely no attempt by people coming in," he said.

"Most people were going to Kaikōura to get tourists out and stuff, and they saw Kaikōura as being gridlocked but they need to be looking very much at the rural areas."

Mr Trewin said they had marginal cellphone cover at the time. The chimneys in his brother's house fell down and he could have been trapped with no communications.

He said it was only luck that the lack of response did not have serious consequences. 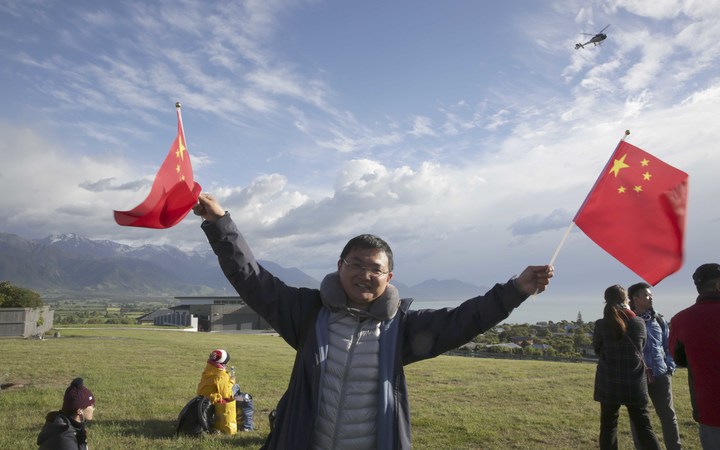 Chinese tourists didn't have to wait long to get out of Kaikoura. Photo: RNZ / Rebekah Parsons-King

At Rakautara not far north of Kaikōura, the eight people cut off there could call out, and asked for someone to come, but it was a week till that happened.

Federated Farmers has previously reported hearing from farmers cut off in North Canterbury, who watched helicopters flying overhead without stopping

Dozens of tourists were airlifted out of Kaikōura starting early on 14 November.

Marlborough Civil Defence said it had a checklist of such properties and no one was overlooked in its area, but that the Clarence River was in Kaikōura's area.

Canterbury Civil Defence said the same about Alastair Trewin, that his home falls in Kaikōura's area.

RNZ News has been unable to find out who in Kaikōura was responsible for this or if there was a checklist that was not followed.