Two "very experienced" pilots died when the plane they were in crashed into powerlines, knocking out power to Gisborne.

The Civil Aviation Authority is investigating after the topdressing plane, owned by Farmers Air, hit powerlines near Tiniroto - about 45km outside Wairoa - just after 9am. 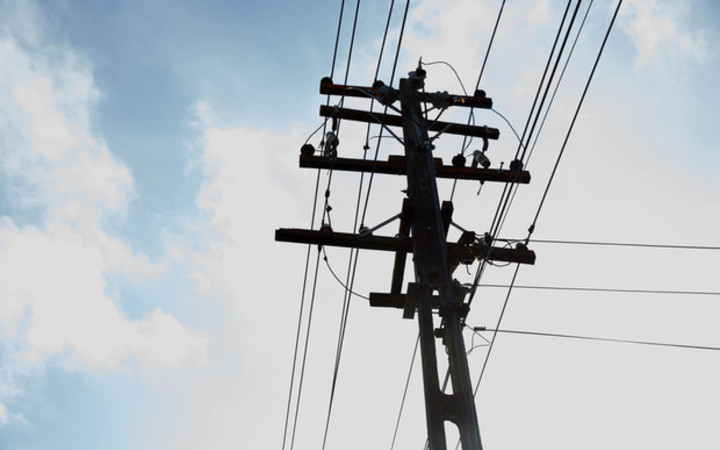 About 40,000 people have been affected by the power outage in the Gisborne District. Photo: RNZ / Claire Eastham-Farrelly

The crash left about 40,000 people in the area without power. It could stay off until late tomorrow.

Crews would work through the night, but it could be late tomorrow before power was returned to the region.

Eastland warned people to prepare for the possibility it could be longer.

"[Our pilots] are trained to the highest standard."

It said the company put considerable effort into training and had an excellent safety culture.

Police were working to recover the two men's bodies and were in contact with their families. The men were yet to be formally identified.

Three accident investigators would fly from Wellington tonight to start combing the crash site, joining the personnel already at the scene. 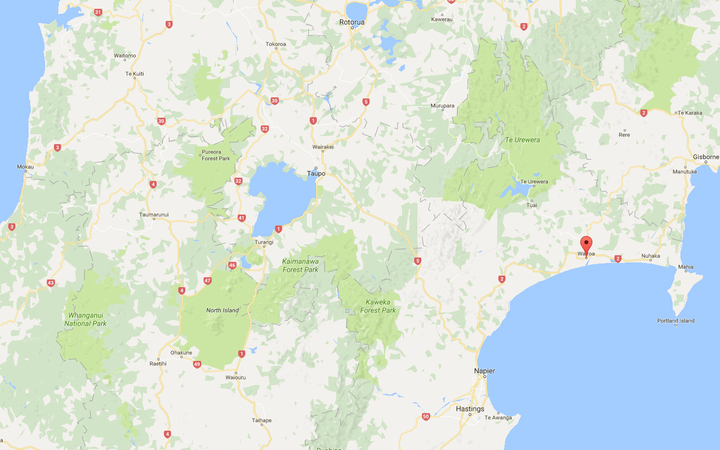 The plane crashed near Tiniroto just after 9am. Photo: GOOGLE MAPS

The Civil Aviation Authority said its initial indications were that the aircraft hit the powerlines and then crashed to the ground 2.5km further on.

The aircraft was burnt out wreck.

The authority said the wreckage was in inhospitable terrain, 33km northeast of Wairoa, and investigators would be lowered from a helicopter to reach the site.

'Nearly a kilometre' of damage to lines

Civil Defence said several powerlines were down, in an area that was difficult to access. Repairs were unlikely to start until late tomorrow.

Gisborne mayor Meng Foon said the city and some rural areas were without power.

Eastland Group is the lines company for the region. Its chief executive, Matt Todd, said the black-out affected 20,000 homes and businesses, which translated to 40,000 people.

The damage to four power cables at the crash site was significant, Mr Todd said.

"Four of them could be physically broken. We're talking about an 800m span - so from one tower to the next tower, nearly a kilometre. It would appear the aircraft's kind of hit the line in midspan, broken four of the six conductors and damaged the other two, so power's gone out instantly."

Civil Defence provided electricity to parts of Gisborne to Tolaga Bay, by plugging generators into sub-stations.

"Keep flushing the toilet to a minimum, don't water the garden, and the biggest advice is to prepare and think about how you'll be cooking," she said.

"We hope some people may have a gas back-up, but we have lifted the fire ban for those who need to cook in their backyards with a fire if they absolutely have to.

"We obviously urge people to do this as safely as possible."

Unfortunately the power could be out for some time, we have no timeframes at the moment. Please conserve water... https://t.co/PCZprny3OY

She said people should keep their fridges and freezers closed as much as possible.

Gisborne Hospital chief executive Jim Green said its back-up generators were running and had the capacity to do so for five days.

"We're phoning around rest homes to see what their arrangements are and the emergency plans they have in place," he said.

"We're also contacting general practices to see how they're placed to provide general care for people."

Emergency generators had arrrived to provide power for rest homes and fuel and food outlets.