A rare native jewelled gecko has been welcomed home to Otago with a strawberry and insect feast. 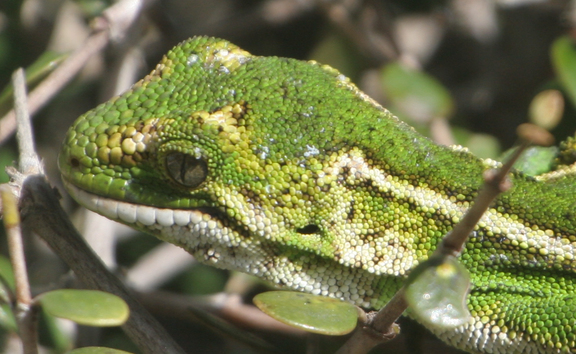 The gecko, or moko kākāriki, was one of two taken from the Otago Peninsula and smuggled to Germany three years ago.

They were returned to New Zealand last year, but one died in quarantine at Wellington Zoo.

The survivor cannot be released into the wild because it might have been exposed to unknown biosecurity threats while overseas.

A home has been found for it at the Otago Museum.

The museum's director, Ian Griffin, said it was happy with its new habitat.

"We've got a local expert who actually identified this particular gecko when it was recovered by the German authorities," he said.

"He knew from which exact tree it was stolen, so we actually managed to bring a piece of the tree from its original home in the Otago Peninsula to its new enclosure at the museum, so hopefully it's felt very much at home."

Dr Griffin said the male gecko, which had not yet been named, could live up to 40 years.