Two native jewelled geckos that had been smuggled out of the country have returned to New Zealand. 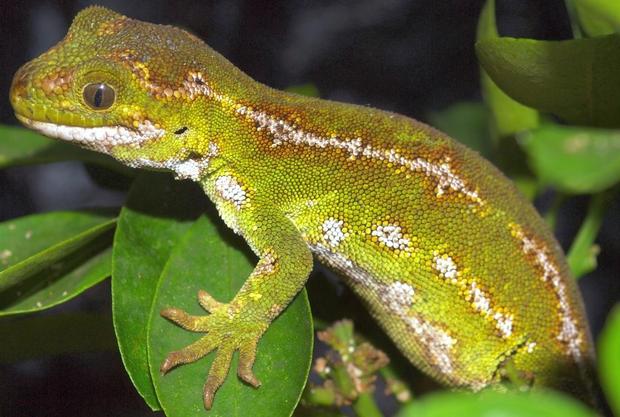 The geckos are now recovering at Wellington Zoo from their two-day flight from Germany. 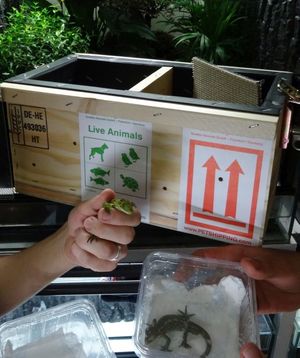 The jewelled geckos being prepared for return at Cologne Zoo. Photo: Supplied

German authorities seized the reptiles in December 2013, and placed them under the care of Cologne Zoo.

Associate Conservation Minister Nicky Wagner said the markings on the geckos indicated they were poached from Otago.

She said it was the first time that poached, live wildlife had been returned from overseas.

Ms Wagner said gecko smuggling was a serious challenge as all species of green gecko, including the jewelled geckos, were in decline.

She said a jewelled gecko could sell for up to $30,000 and nine people have been caught trying to smuggle them into the European market since 2009.

"I hope that we have managed to curb smuggling and poaching, the problem is that these are particularly beautiful creatures."

Because of their unique biosecurity status - native, but exposed to unknown biosecurity threats overseas - the geckos cannot be returned to the wild and experts will be considering the best option for their long term containment.