Baby girls born very prematurely grow to be a few centimetres shorter on average as adults, a new study suggests, and scientists do not know why. 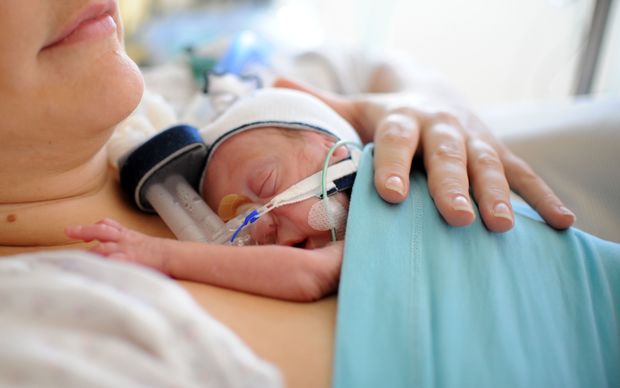 The study, a collaboration between researchers in Auckland and Sweden, looked into the long-term effects of events during a pregnancy.

Lead researcher José Derraik, at the Liggins Institute in Auckland, said he was surprised by the results.

"There is some evidence that babies who were born premature tend to be shorter in childhood, but they usually catch up with those born at term in late adolescence," he said.

"But our study shows that women who were born very preterm fail to reach the stature you'd expect based on their parents' and siblings' heights."

The study found that women who were born after just 32 or fewer weeks were on average 2.3cm shorter than full-term babies.

Dr Derraik said it was unclear why this would be.

"It may be related to the fact that premature babies are often quite thin at birth," he said.

"One of the study's collaborators from the Liggins Institute, Professor Wayne Cutfield, has previously shown that small size at birth is associated with changes in the way growth hormone works in the body, which could eventually reduce adult height."

He said while 2.3cm may not sound significant, women born during the Great Chinese Famine in 1959-1961 - who experienced severe malnutrition early in life - were about 1.7 centimetres shorter as adults.

A study from Sweden that looked at male military conscripts showed a similar increase in the risk of short height in men born early.

The study is published in the American Journal of Epidemiology.