It's not every day you get to give your teacher a superpower but that's exactly what happened at Lepperton Primary in rural North Taranaki today. 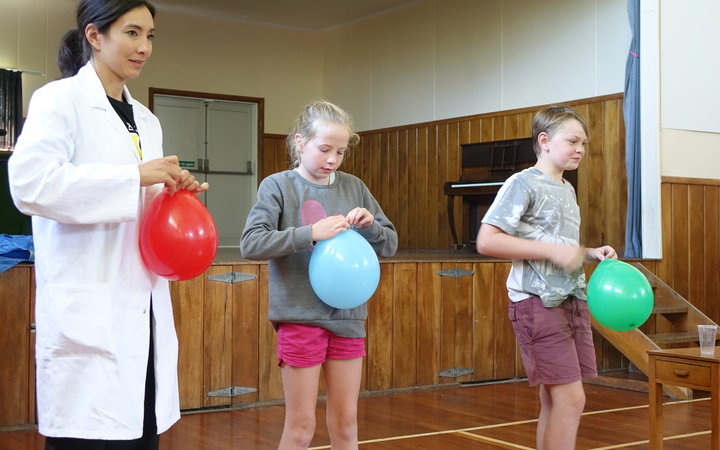 Dr Michelle Dickinson, a.k.a Nanogirl, visited the school as part of her mission to inspire children to take an interest in science, technology, maths and engineering.

A superhero scientist and engineer, Nanogirl uses her brain to solve problems, and fix and build things.

Dr Dickinson - whose day job is senior lecturer at Auckland University - said the inspiration for the character came from the world around her.

"What I've noticed as an engineer is we don't have diversity both in industry and at the university. Minorities as well as some ethnicities I wasn't seeing.

"I looked back and I saw a lot of the kids are not taking science in school so I started to wonder why and, you know, our science curriculum is amazing but it can be a bit dry sometimes."

The solution was simple.

"So how do you fill the pipeline? You make sure the pipeline is super exciting and shows that the traditional stereotype of what an engineer actually is may not be what they think it is.

"I'm not a man and I've not got crusty white hair. Whenever I get kids to describe engineers that's usually what they say.

"I'm a relatively young female who is an engineer and when they figure that out a lot of the girls say 'aw, I could do that too'."

Nanogirl is currently touring and at each stop Dr Dickinson heads out into the community to visit schools.

Lepperton teacher Debbie Leeming knows an opportunity when she sees one and it was her idea to invite Nanogirl to the country school.

"When we heard she was coming we sent a message to say we would love her to come to Lepperton School because we don't get very many opportunities to see something like this.

"Some of the children know a lot about her and some of them think she's a bit of a superhero and we're all just really, really excited." 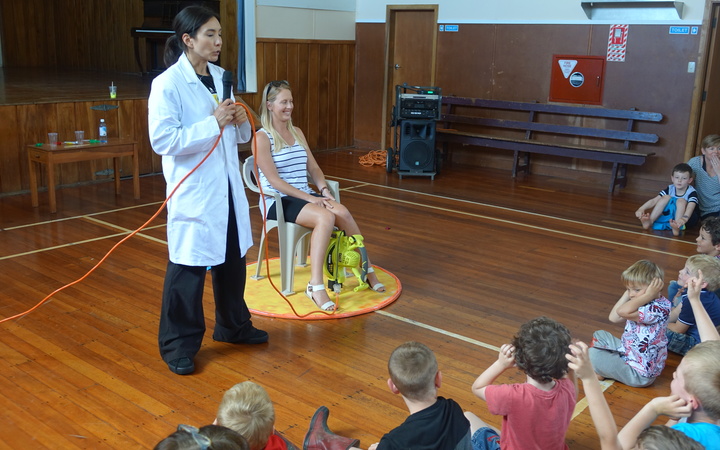 The theme of the day was creating superpowers - including invisibility and the power of flight.

And this was where fellow teacher Katy Barnett paid for her popularity with the children.

Gripping a plastic chair fixed to a circular board Mrs Barnett hovered around the school hall... powered by a leafblower, much to amusement of everyone.

It was the highlight of the day for 10-year-old Jaden Allen.

"We've had a few science people in before but they don't do anything like this. My favourite thing was probably seeing Mrs Barnett go flying, it was just really cool." 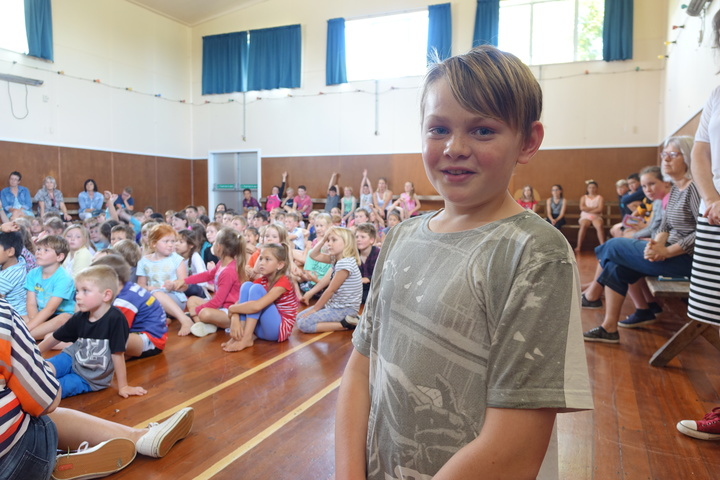 Sophie Sheaf-Morrison, 11, appreciated the deeper message but also could not resist a giggle at Mrs Barnett's expense.

"I like how she made normal everyday things turn into something with superpowers ... and Mrs Barnett that was really unexpected and I think that's why everyone got so excited because it looked so cool."

Mrs Barnett could not be reached for comment, but Mrs Leeming said Nanogirl was showing the way forward.

"It's really important that the kids are involved in STEM - science, technology, engineering and maths - really early on.

"We want to encourage kids to be excited and curious about their world so when they go onto intermediate and to high school they will continue with that and become the innovators of the future." 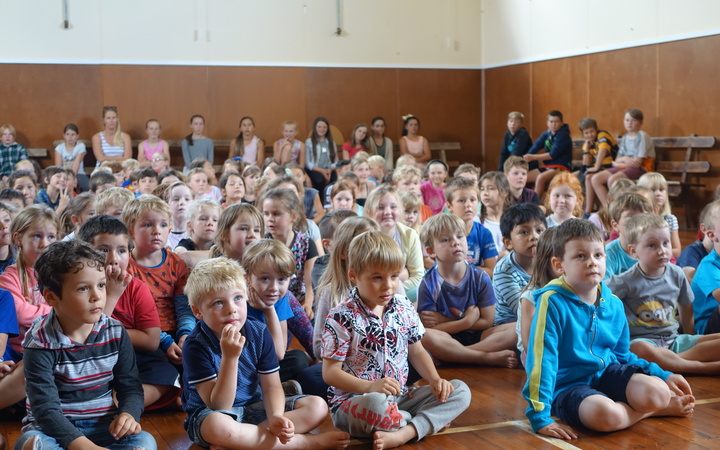