Eight residents living on the main highway through Kaikōura remain completely cut off in both directions, three weeks after the earthquake. 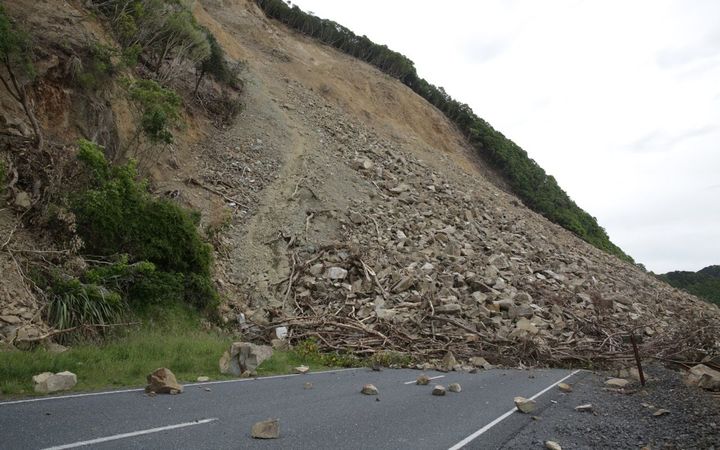 One of the major slips that have blocked the main highway in and out of Kaikōura. Photo: RNZ / Rebekah Parsons-King

A number of huge landslips engulfed State Highway 1 following the recent 7.8 magnitude shake in the area.

Three weeks later, those living in Rakautara on SH1 are only able to get out by scrambling over slips and through railway tunnels.

Cars parked on the other side help them complete the journey south to Kaikōura.

Residents in the village have had their power reconnected after two weeks without electricity and told RNZ they were hoping to stay.

But experts have predicted it could take months to clear the multiple slips that have left them cut off.

Tahua Solomon said, with the power and water recently restored, life was bearable - if a little quiet.

"We're just stuck, we have about two and a half kilometres of road that we can race up and down. So the diesel four-wheel drive is beginning to choke, because you never get it out of third gear."

He was already looking to the future, and said the village could easily provide accommodation for road crews once work began to re-open the highway. 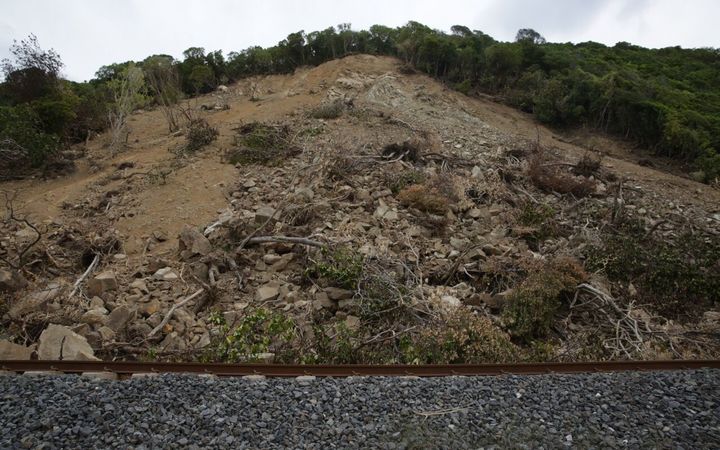