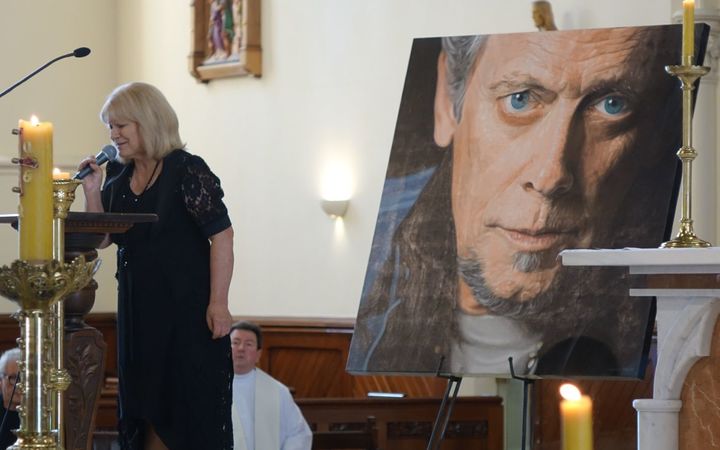 Suzanne Lynch sings 'The Wind Beneath My Wings at the funeral for Ray Columbus. Photo: RNZ / Sally Murphy

More than 1000 people have turned out for the funeral of pop pioneer Ray Columbus in Auckland today.

The Christchurch-born and raised entertainer died on Tuesday at the age of 74.

Ray Columbus and the Invaders cemented their place in New Zealand history when their hit, 'She's a Mod' reached the top of the Australian charts in 1964.

Their single 'Till We Kissed' was this country's biggest-selling pop single for 30 years.

Today mourners gathered in St Patrick's Cathedral, where his bright red casket was draped in white lilies and red roses.

A fellow member of his band, Billy Karaitiana, told the congregation his friendship with Columbus lasted 58 years, and he paid tribute to his friend's positivity.

The director of Apra New Zealand, Ant Healey, said Columbus was the epitome of a pop star - stylishly dressed, and brimming with energy. He said he could talk your ears off, but was always entertaining.

The service featured musical tributes including a performance of 'She's A Mod', which the congregation joined in on, and 'The Wind Beneath My Wings' performed by Suzanne Lynch.

Columbus is survived by his wife Linda, two children and three grandchildren. 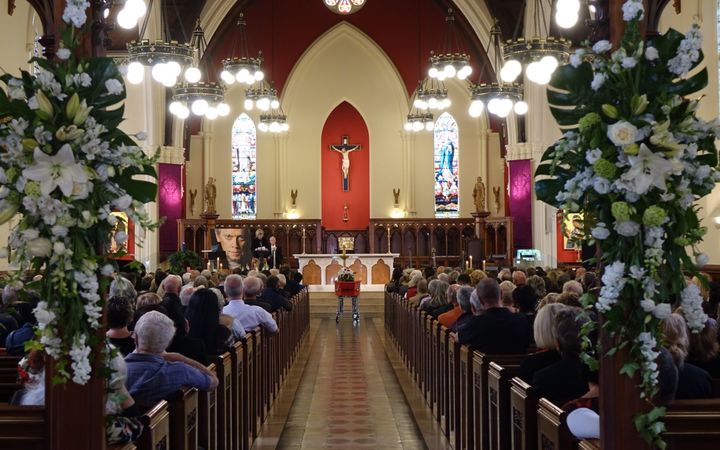 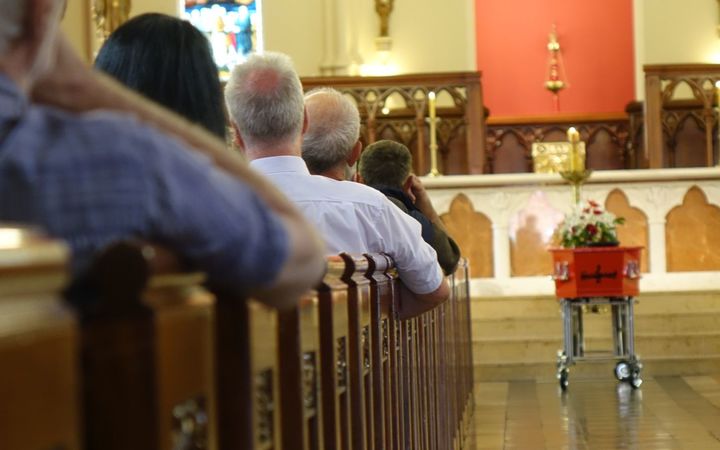