A lack of key sustainability requirements could mean Great Barrier Reef is placed on the UNESCO "danger" list, the Queensland government says.

The world heritage body UNESCO could place the Great Barrier Reef on its "in danger" list, because of a failure to secure key sustainability requirements, the Queensland government says. 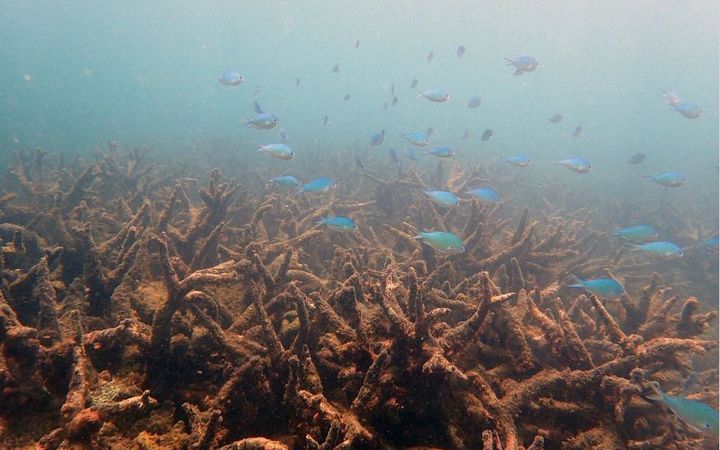 The United Nations Educational, Scientific and Cultural Organisation (UNESCO) has just received the Australian joint State-Federal governments' report on the state of the reef, which outlines a plan to boost its health by 2050.

Queensland Environment Minister Steven Miles said he hoped the report would be enough to prevent the reef going on the list.

"I think it's a low possibility at this stage, but certainly higher than what we would have thought coming out of that last meeting," Mr Miles said.

"After that last meeting, this progress report was a low-level check-in to see if Australia and Queensland were doing the things we said we would do.

"Of course since then we have had the catastrophic bleaching event, as well as failure of Queensland Parliament to pass the land clearing laws.

"So those two things together increase the risk there will be that level of attention."

The report said 32 of the plan's 151 actions to improve the reef have been achieved. Another 103 were under way, three were delayed, and 12 were not yet due.

Mr Miles conceded the big action that failed was the tree clearing laws.

"So we have recommitted ourselves to those laws to UNESCO and said that given the opportunity we will implement them, and we hope UNESCO will see that for what it is and give us the time to do that," Mr Miles said. 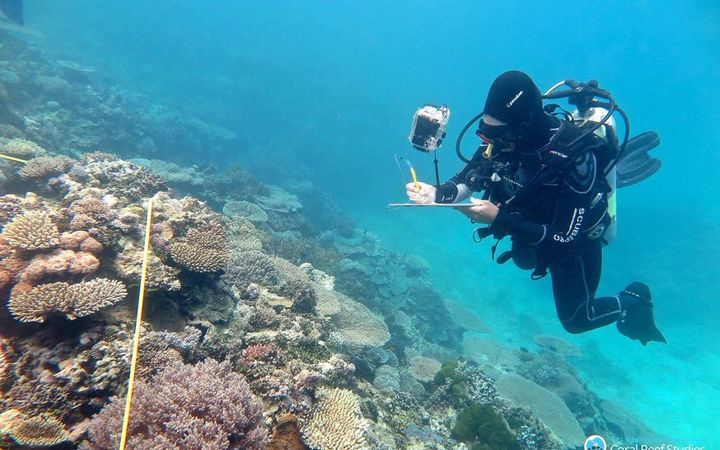 Mr Miles said the report to UNESCO did not have time to detail a response to the recent survey results, which showed catastrophic coral bleaching.

"This report is addressing the localised threats," Mr Miles said.

"We've advocated for the independent climate change authority's recommended targets which are closer to the 40 to 50 percent range."

The report has been sent to the International Union for Conservation of Nature (IUCN).

IUCN's Elena Osipova said it would advise the UNESCO World Heritage Committee about the report.

"There was a request from the World Heritage Committee which was expressed back in 2015, first for Australia to submit this report, and it is specifically a progress report to give an update on the reef 2050 long-term sustainability plan," Ms Osipova said.

Conservation group the World Wildlife Fund (WWF) said it was concerned the governments had failed to deliver on promises to the committee.

"If what's detailed in the report is the sum total of the actions that the Australian and Queensland governments are going to take, then I think they are risking the world heritage status of the Great Barrier Reef," WWF's Richard Leck said.

"Scientists know what needs to be done. We need to tackle farm pollution, we need to stop clearing trees in reef catchments and we need to take urgent action on climate change, and this report really gives no reassurance on those issues."

The report focuses on improvements to water quality and reduced dredging.

Mr Leck said there was nothing concrete on managing climate change, which had been the major cause of the coral bleaching.

"The Paris climate agreement says that globally we need to keep our global temperature rise to 1.5°C. Scientists say 1.5° is the maximum that we can have to keep coral reefs healthy globally," Mr Leck said. 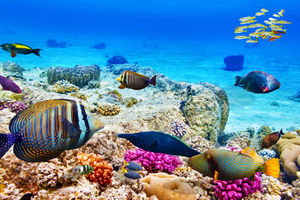 Great Barrier Reef tourism is worth about $6 billion a year. Photo: 123RF

"Australia needs to start leading, not lagging in that global effort."

Fears of damage to tourism

It is not clear what being on the "in danger" list would mean.

Mr Leck said it would definitely damage the tourism industry.

"It's worth about $6 billion a year. It employs around 69,000 people in the reef catchments in regional Queensland and we would be risking those jobs and that revenue," he said.

Ms Osipova from IUCN said there was a long process before the reef would be placed on the list.

"[The list] is designed as a tool to draw attention to problems that might exist in this circumstance and draw international attention to this problem and help the state party resolve this problem," she said.

But he said there would be no other opportunity to pass those laws this Parliament.

"It really it comes down to contesting the next election and winning a majority in Parliament," Mr Miles said.