From the rivers and the roof tops to the student suburb of Riccarton, nearly 4000 of Christchurch's wayward road cones have found their way home. 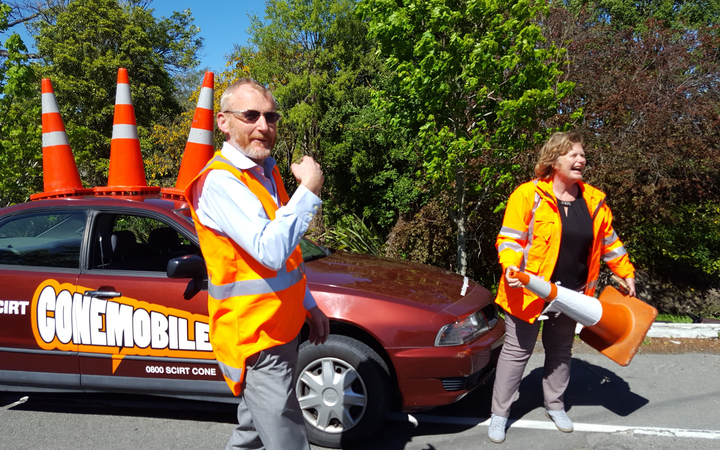 It was the Cone-Mobile's month-long mission: to track down the cones lost as part of the Christchurch Rebuild.

The Stronger Christchurch Infrastructure Rebuild Team, or SCIRT, said it's used 100,000 of the small orange beacons in almost six years.

However, executive general manager Ian Campbell said, "They haven't always made it back to the yard when a site was packed up."

The Cone-Mobile, with its distinctive mohawk, was dispatched to follow up on 800 tip-offs. It soon struck pay dirt. 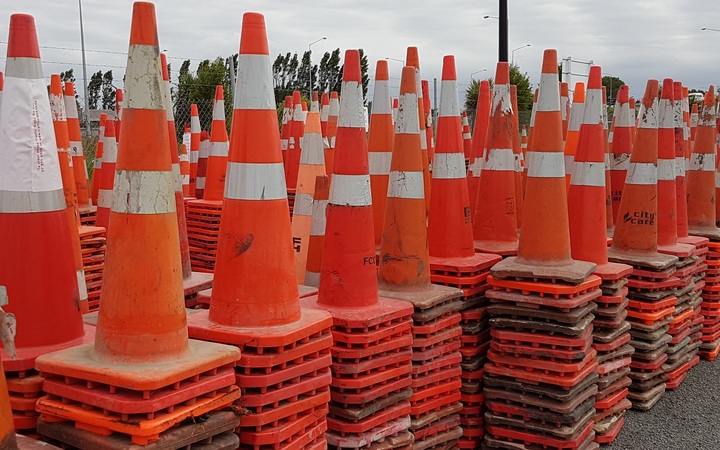 The turrets of the lost road cone city. Photo: SCIRT

The biggest haul was 500 from Riccarton, home to many student flats.

"We suspect many thought they'd try their hand at the student life, but decided it wasn't for them." Mr Campbell said.

Other suburbs averaged 50-100 cones each.

Councillor Vicki Buck told RNZ's Checkpoint at the start of the campaign that such was the ubiquity of the cones in Christchurch, that they had been adopted and turned into a running joke among locals.

"Cones have become part of the personality of Christchurch in the last five, six years, because there are so many. They have literally taken over the city." 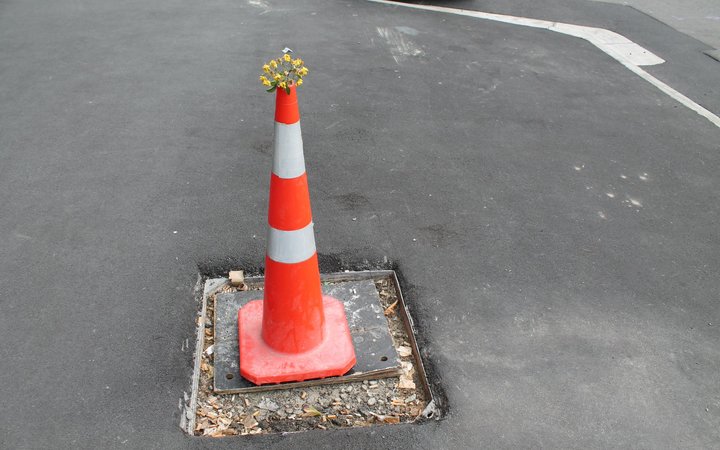 The road cone became something of a symbol of the Christchurch rebuild and its community's solidarity after the Canterbury earthquakes.

They also became a popular choice of costume for parties and festivals like October's Kaikoura Seafest. 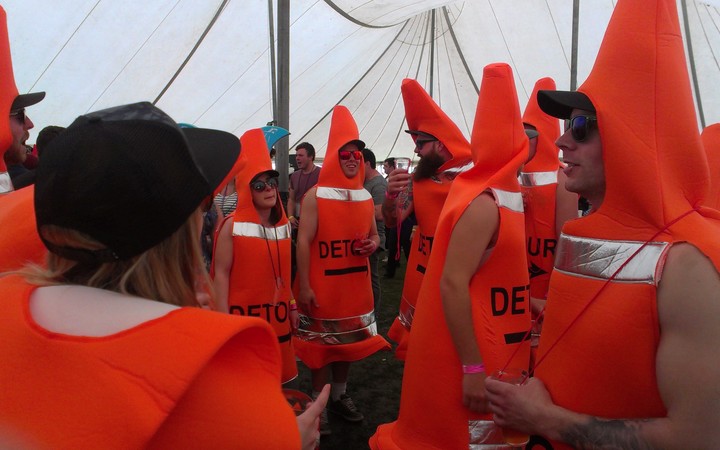 SCIRT said about half of the recovered cones can be reused. Some had already been sent to Kaikōura to use in the earthquake response.

Mr Campbell said others looked like they had been "sleeping rough" and would be recycled or disposed of.

"From cones in gardens, rivers and on top of roofs - you name it - we found the foot soldiers of the rebuild often in the strangest of places."

Well done @ChristchurchCC I’m sure the toddlers in the playground will keep clear of the pond now there’s road cones! pic.twitter.com/7BTxlJ4Tm3

Those that were still fit for use, along with 70 road signs, would be reunited with the 125 different companies they belonged to.

The orange symbol of a city's recovery will continue to be a feature of the Christchurch landscape for some time to come. 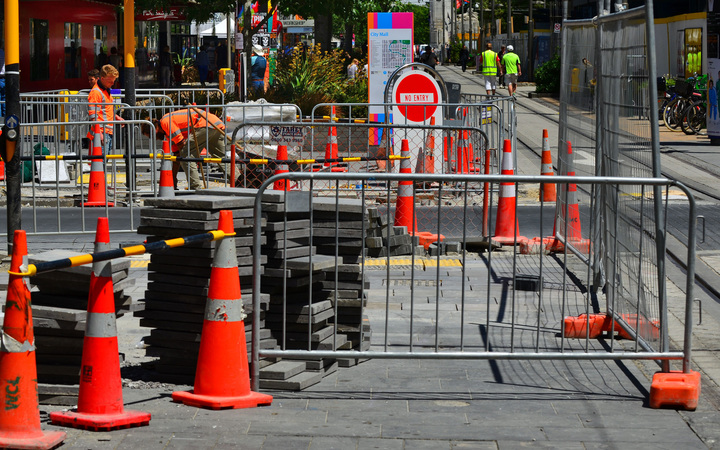